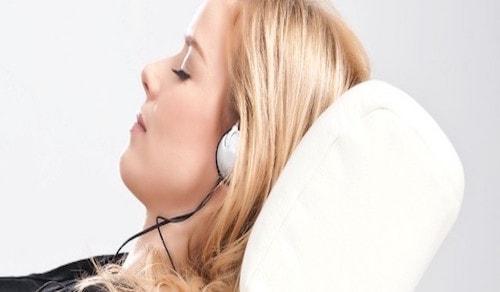 Having just returned from a month-long visit to the UK, I was not looking forward to the usual prolonged effect of jet lag. it seems, apart from being an inconvenience, it could be harmful to health . . . . . . .

Two years ago, when I came back from a similar trip, it lasted for almost a month and wreaked havoc on my daily experience of life. This time it only lasted a couple of weeks, thankfully. I put some of that down to two factors, 1) I have been busier at work in my hypnotherapy practice and 2) I am renovating our new apartment. The first, my work, always creates a profound sense of relaxation because I go into a hypnotic trance during that part of the session with clients, which, I assume, calms my mind and body. The second part, maybe because of my age, totally wears me out and I come home (not living there just yet), ready for an early night. So, I wonder if it is this combination of profound peaceful relaxation, combined with the physical exertion at our apartment that has lessened the timeframe this time?

I guess most people, who work, will get straight back to work after a long haul flight. Interestingly, although enduring the same flight time, the outward flight never seems to have the same effect, in jet lag terms, maybe because we relax more on vacation? One common similarity in a lot of clients I see is that they do not practice or experience much by way of daily relaxation. So perhaps it's the combination of profound relaxation and the shock of returning to work, something we haven't done for a few weeks!

So, next time you take a long haul flight maybe step up on the relaxation when you get back; why not make it a regular thing, it's good for you anyway!

The research:  Our daily sleep-wake cycle is governed by an internal 24-hour timer, the circadian clock. However, there is evidence that daily activity is also influenced by rhythms much shorter than 24 hours, which are known as ultradian rhythms and follow a four-hour cycle.

Might living a structured life with regularly established meal times and early bedtimes lead to a better life and perhaps even prevent the onset of mental illness? That’s what’s suggested in a study led by Kai-Florian Storch, PhD, of the Douglas Mental Health University Institute and McGill University, which has been published in the online journal eLIFE.

Our daily sleep-wake cycle is governed by an internal 24-hour timer, the circadian clock. However, there is evidence that daily activity is also influenced by rhythms much shorter than 24 hours, which are known as ultradian rhythms and follow a four-hour cycle. Most prominently observed in infants before they are able to sleep through the night, ultradian rhythms may explain why, on average, we eat three meals a day that is relatively evenly spaced across our daily wake period.

These four-hour ultradian rhythms are activated by dopamine, a key chemical substance in the brain. When dopamine levels are out of kilter – as is suggested to be the case with people suffering from bipolar disease and schizophrenia – the four-hour rhythms can stretch as long as 48 hours.

A novel hypothesis
With this study, conducted on genetically modified mice, Dr Storch and his team demonstrate that sleep abnormalities, which in the past have been associated with circadian rhythm disruption, result instead from an imbalance of an ultradian rhythm generator (oscillator) that is based on dopamine. The team’s findings also offer a very specific explanation for the two-day cycling between mania and depression observed in certain bipolar cases: it is a result of the dopamine oscillator running on a 48-hour cycle.

Groundbreaking
This work is groundbreaking not only because of its discovery of a novel dopamine-based rhythm generator but also because of its links to psychopathology. This new data suggests that when the ultradian arousal oscillator goes awry, sleep becomes disturbed and mania will be induced in bipolar patients; oscillator imbalance may likely also be associated with schizophrenic episodes in schizophrenic subjects. The findings have potentially strong implications for the treatment of bipolar disease and other mental illnesses linked to dopamine dysregulation.
The work, entitled “A highly tunable dopaminergic oscillator generates ultradian rhythms of behavioural arousal,” has been funded by the Canadian Institutes of Health Research, the Natural Sciences Engineering and Research Council, and the Canadian Foundation for Innovation.
To read the full paper

Cynthia Lee
Media Relations Office
McGill University
Tel.: 514-398-6754
This email address is being protected from spambots. You need JavaScript enabled to view it.