Being 'laid off' unexpectedly leads to a decade of distrust 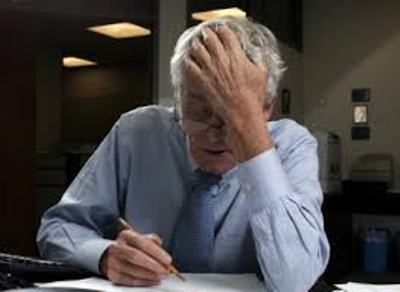 Trust is such an important part of living a happy and productive life and the loss of trust necessarily will have an impact on the way we live and experience life. Perhaps this is even more important to those who feel they have been dumped; abandoned by society; people they trusted in . . .

Because we live in a world with an increasingly ageing population, in part fostered by enhanced medical treatment and low birth rates, this means we may need to work longer to fund those silver years. However, working longer is becoming increasingly difficult for some. This is usually because of the natural decline in the speed of action and thought that comes with ageing. In many cases, this seeming conundrum is compensated by the years of experience over the energy and enthusiasm of youth! That said, for those who are retrenched (or youth substituted) it seems the older you get the harder it is to find a job and the cost of being retrenched can come at a high cost to one's mental health and social connectedness. The very act of retrenchment adds an additional burden to the difficulty of being desirable to an employer, as well as fellow co-workers, because of the massive effect on (mis)trust imposed consequential to the retrenchment itself.

Researchers at Manchester University (UK) have come up with some interesting data on the complications for mental health in the coming decades.

People who lose their jobs are less willing to trust others for up to a decade after being laid-off, according to new research from The University of Manchester.

Being made redundant or forced into unemployment can scar trust to such an extent that even after finding new work this distrust persists, according to the new findings of social scientist Dr James Laurence. This means that the large-scale job losses of the recent recession could lead to a worrying level of long-term distrust among the British public and risks having a detrimental effect on the fabric of society. Dr Laurence's paper, which explores experiences in the labour market and how they spill over into the wider community, is published in the journal Social Science Research this month. He finds that being made redundant from your job not only makes people less willing to trust others but that this increased distrust and cynicism lasts at least nine years after being forced out of work. It also finds that far from dissipating over time, an individual can remain distrustful of others even after they find a new job.

Dr Laurence, an ESRC (Economic and Social Research Council) Future Research Leaders Fellow at The University of Manchester, said: "People's willingness to trust others tends to remain largely stable over their lifetime. However, this work shows that trauma like redundancy can shift people's outlook of the world and this change persists long after the experience occurred. "Society is still recovering from one of the longest recessions this century and much has been discussed in counting the economic costs of that. This study looks at the social costs of a recession. "Even a single experience of redundancy can lead to depressed trust and what is particularly concerning is that people reported less willingness to trust others even after they got another job. The study shows that the experience of redundancy can scar an individual's trust in others. This has important implications not just for the person involved but for society as a whole as trust can have significant benefits, from health and happiness to social cohesion, efficient democratic governance and economic development."

Data was taken from periodic interviews with a cohort of almost 7,000 British adults. Dr Laurence focussed on responses from 1991 when they were 33-years-old, and 2008, when they were and 50, noting whether they had been laid off in the interim years. At age 50, the probability of expressing trust was 4.5% lower amongst those who had experienced job displacement over the previous 17 years than those who had not. That figure rose to 7% among those who work forms a key part of their identity and sense of self.