Listen to your heart: Why your brain may give away how well you know yourself 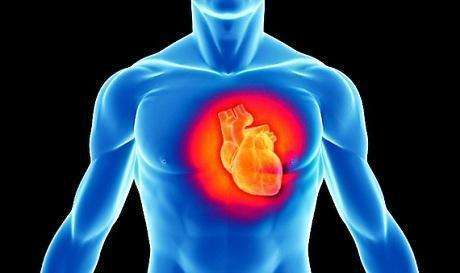 An interesting study that identifies an interesting parallel between the accuracy of the sensory awareness of self. In that the more accurate your brain/body awareness, the better your experience of self and reality is likely to be!

The many idioms of the heart are, maybe, a truism!

Listen to your heart," sang Swedish pop group Roxette in the late Eighties. But not everyone is able to tune into their heartbeat, according to an international team of researchers -- and half of us under-or over-estimate our ability.
An interesting study that identifies an interesting parallel between the accuracy of the sensory awareness of self. In that the more accurate your brain/body awareness, the better your experience of self and reality is likely to be!
In research published today in the journal Cerebral Cortex, a team of scientists led by the University of Cambridge and the Medical Research Council (MRC) Cognition and Brain Sciences Unit, Cambridge, studied not only whether volunteers could be trained to follow their heartbeat, but whether it was possible to identify from brain activity how good they were at estimating their performance.

Dr Tristan Bekinschtein, a Wellcome Trust Fellow and lecturer in the Department of Psychology at the University of Cambridge, says: "'Follow your heart' has become something of a cliché, but we know that, consciously or unconsciously, there is a relationship between our heart rate and our decisions and emotions. There may well be benefits to becoming more attuned to our heartbeat, but there's very little in the scientific literature about whether this is even technically possible."

A recent study by Dr Bekinschtein and colleagues showed that people with 'depersonalisation-derealisation disorder' -- in which patients repeatedly feel that they are observing themselves from outside their body or have a sense that things around them are not real -- perform particularly badly at listening to their heart. Another study from the team, looking at a man with two hearts -- his natural, diseased heart and a replacement artificial heart -- found that he was better able to tune into the artificial heart than the diseased one.

Other studies have highlighted a possible connection between heart rate and task performance. For example, in one study, volunteers given the drug propranolol to increase their heart rate performed worse at emotional tasks than the control group. Changing heart rate is part of our automatic and unconscious 'fight or flight response -- being aware of the heart's rhythm could give people more control over their behaviour, believe the researchers.

During the task, when the volunteers were tapping out their heartbeat unaided, they were asked to rate their performance on a scale of 1 to 10, with 1 being 'inaccurate' and 10 'extremely accurate'. Once the task was completed, they were asked how much they thought they had improved from 1 ('did not improve') to 10 (improved a lot).

Just over four in ten (42%) of the participants showed significant improvement in their ability to accurately tap along unaided with their heartbeat. This is most likely due to the fact that listening to their heartbeat through a stethoscope had allowed them to fine-tune their attention to the otherwise faint signal of their heartbeat. In those whose performance had improved, the researchers saw a stronger brain signal known as the 'heartbeat evoked potential' (HEP) across the brain.

In the final part of the test -- after the participants had listened to their heartbeat through the stethoscope and were once again tapping unaided -- the researchers found differences in brain activity between participants. Crucially, they found an increase in 'gamma phase synchrony' -- coordinated 'chatter' between different regions in the brain -- in only those learners whose subjective judgement of their own performance matched their actual, objective performance. In other words, this activity was seen only in learners who knew they had performed badly or knew they had improved.

"We've shown that for just under half of us, training can help us listen to our hearts, but we may not be aware of our progress," adds Dr Bekinschtein. "Some people find this task easier to do than others do. Also, some people clearly don't know how good or bad they actually are -- but their brain activity gives them away.

"There are techniques such as mindfulness that teach us to be more aware of our bodies, but it will be interesting to see whether people are able to control their emotions better or to make better decisions if they are aware of how their heart is beating."

The above story is based on materials provided by the University of Cambridge. The original story is licensed under a Creative Commons Licence. Note: Materials may be edited for content and length.