Depression leads to an increased risk of stroke in middle age 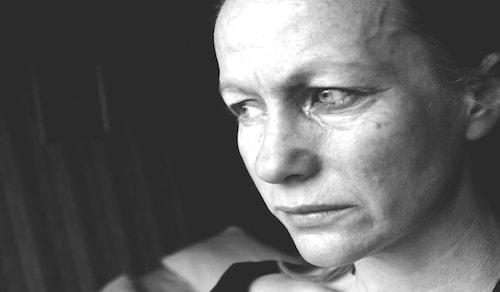 For anyone that has ever suffered from depression, they will be well aware of how horrible it feels and how meaningless life appears. However, what they may not know is what other risks there are! So, I thought this research is worth sharing . . .

The comorbidity and effect of anxiety and stress

An extended duration of depression may double the risk of stroke for middle-aged adults, research suggests. The scientists add that reducing symptoms of depression may not immediately reduce elevated stroke risk. They further add that persistent depression may double the risk of stroke in adults over 50 -- and stroke risk remains higher even after symptoms of depression go away, according to research in the Journal of the American Heart Association. From my own research, I believe that a contributing factor to this elevated risk of a stroke may actually be linked to the high levels of anxiety and stress that always accompany depression. This does not mean that anyone or everyone who has anxiety or stress is depressed. It just means that everyone who is depressed will have anxiety and periods that are overly stressful!  And the role of stress and anxiety and its impact on immune function and general health is well documented!

"Our findings suggest that depression may increase stroke risk over the long term," said Paola Gilsanz, Sc.D., study lead author and Yerby Postdoctoral Research Fellow at Harvard University's T.H. Chan School of Public Health in Boston, Mass. Researchers used data from 16,178 participants (ages 50 and older) who had been interviewed as part of the Health and Retirement Study about depressive symptoms, history of stroke, and stroke risk factors every two years in 1998-2010.

The study documented 1,192 strokes over 12 years. Compared to people without depression at either interview:

Previous research has shown that depression is associated with an increased risk of high blood pressure, abnormalities of the autonomic nervous system and increased inflammatory responses. Depression might trigger underlying vascular problems, including infection or atrial fibrillation, and depressed people are also more likely to smoke and be less physically active.

"Although we now know that depression strongly predicts stroke on par with many other major stroke risk factors, we still need research to understand exactly why this link occurs and whether we can potentially reduce stroke risk by treating depression," said Maria Glymour, Sc.D., study senior author and an associate professor of epidemiology and biostatistics at the University of California, San Francisco School of Medicine.

The above story is based on materials provided by American Heart Association. Note: Materials may be edited for content and length.

Depression leads to an increased risk of stroke in middle age - 4.0 out of 5 based on 1 vote