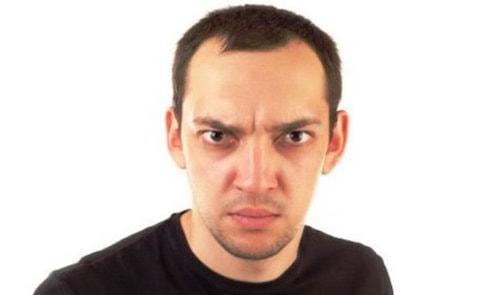 With attention to the clarity of mind and emotional balance, I have long believed that what we focus on both creates and maintains our mental and emotional states. Are we drawn to things in our outside world that have some prevalence in our inner states?

I believe they do and since nearly all clients I see have relative forms of negative emotional thinking, as well as negative, vague and ambiguous language patterns, I can't help but believe there is a link between the inner linguistic representations we use and what we focus on with our visual fields, i.e. our eyes, imagination and dreams etc. The research below is interesting in its ability to detect the prospect of future depression in women!

Up to 80 per cent of individuals with a past history of depression will get depressed again in the future. However, little is known about the specific factors that put these people at risk. New research suggests that it may be due to the things you pay attention to in your life.

"If you're walking around day to day, your attention will just be drawn to certain things and you'll tend to look at some things more than others. What we showed is if your attention is drawn to people who appear to be angry with you or critical of you, then you're at risk for depression," said Brandon Gibb, professor of psychology at Binghamton University and director of the Mood Disorders Institute and Center for Affective Science.

"I think the most interesting thing about this is that we followed these women for two years, and the women who are paying attention to angry faces are the most likely to become depressed again, and they become depressed in the shortest amount of time. So they're at greatest risk," said graduate student and lead author of the study Mary Woody. "We might be able to identify women who are at greatest risk for future depression just by something as simple as how they pay attention to different emotional expressions in their world."

To address these types of attentional biases, computer programs and games are being used to retrain peoples' attention. This approach has shown promise in the treatment of anxiety and is now being tested as a treatment for depression. Woody said that, by showing the important role that attentional biases play in depression risk, this new research highlights the promise of these types of attention retraining programs.

"It's a very important first step in developing a new line of treatment for people who are at risk for depression and for who currently have depression," Woody said.

"Some people might be able to use this instead of traditional therapy or could use it as an adjunct to traditional treatment," Gibb added.

The above post is reprinted from materials provided by Binghamton University. Note: Materials may be edited for content and length.