Researchers discover New Zealand blackcurrants are good for the brain 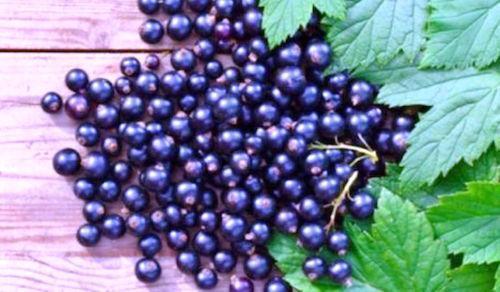 I remember when growing up and eating blackcurrants by the ton, or at least it felt like that after gorging for hours on them. They used to grow wild all over the place, in post-war Britain there was an abundance of cleared bomb sites and we were not that far from a place we called, "the country" where there were acres and acres of fields and forests. Of course, there were lots of other fruits too, but blackcurrants were a particular favourite of mine. What about you?

Currant affairs of the rich kind!

The research below was has tickled my senses and reminded me that I haven't had blackcurrants for many years, something I plan to change, given the news that is shared below. At the very bottom, there are some links for New Zealand Blackcurrant Exporters; I hope there is one near you!!!

Research has shown that New Zealand blackcurrants are good for keeping us mentally young and agile, a finding that could have potential in managing the mental decline associated with ageing populations, or helping people with brain disorders such as Parkinson's disease or depression.

Which was conducted by scientists at Plant & Food Research (New Zealand) in collaboration with Northumbria University (UK), showed that compounds found in New Zealand blackcurrants increased mental performance indicators, such as accuracy, attention and mood? The study also showed that juice from a specific New Zealand blackcurrant cultivar, 'Blackadder', also reduced the activity of a family of enzymes called monoamine oxidases, which regulate serotonin and dopamine concentrations in the brain. These chemicals are known to affect mood and cognition and are the focus for treatments of both neurodegenerative symptoms associated with Parkinson's disease and mood disorders, including stress and anxiety.

Results of the research have been published online in the Journal of Functional Foods.

"This study is the first to look at the effects of berry consumption on the cognitive performance of healthy young adults," says Dr Arjan Scheepens, the Plant & Food Research scientist who led the study. "Our previous research has suggested that compounds found in certain berry fruit may act like monoamine oxidase inhibitors, similar to a class of pharmaceuticals commonly used in the treatment of both mood disorders and neurodegenerative diseases like Parkinson's disease. This research has shown that New Zealand-grown blackcurrants not only increase mental performance but also reduce the activity of monoamine oxidases."

"One of the key trends in the food industry is the development of ingredients and foods that have beneficial effects on human health," says professor Roger Hurst, Science Group Leader Food & Wellness at Plant & Food Research. "Understanding what, and how, foods affect mental performance could lead to the development of new foods designed for populations or situations where the mental performance or mental decline is a factor, such as older people or those suffering from stress, anxiety or other mood disorders. This research shows how New Zealand blackcurrants can potentially add value, both for the food industry and for people looking for foods that naturally support their own health aspirations."

Participants in the study -- 36 healthy adults aged between 18 and 35 years -- consumed a 250ml drink prior to conducting a set of demanding mental performance assessments. The participants consumed either a lump of sugar and taste-matched placebo (no blackcurrant), an anthocyanin-enriched New Zealand blackcurrant extract (Delcyan™ from Just the Berries) or a cold-pressed juice from the New Zealand blackcurrant cultivar 'Blackadder', bred by Plant & Food Research. The assessments showed that after consuming the Delcyan™ and 'Blackadder' drinks, attention and mood were improved while mental fatigue was reduced. In addition, blood tests showed that the activity of the monoamine oxidase enzymes (MAO) was strongly decreased after consuming the 'Blackadder' juice, indicating the potential for compounds found in 'Blackadder' blackcurrants as a functional food ingredient to support brain health or managing the symptoms of disorders like Parkinson's disease.

The above post is reprinted from materials provided by New Zealand Institute for Plant and Food Research. Note: Materials may be edited for content and length.

For more information on NZ Blackcurrants: