Taking antidepressants during pregnancy increases risk of autism by 87 percent 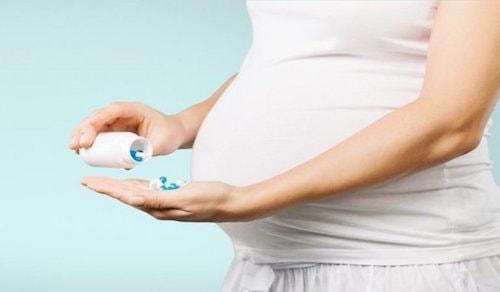 Tell a pregnant mother not to drink or smoke during pregnancy and she may look at you in astonishment! But what would she think if you told her not to take antidepressants, perhaps not so easy to swallow if you are clinically depressed?

Depression as a response to memory!

Depression during and after pregnancy is different to most other forms of depression, nevertheless, it could be exacerbated by any depressive episodes that were experienced before pregnancy. If someone has a history of depression before becoming pregnant, it increases the odds of it occurring during or after pregnancy. Some depression is a consequence of disruption to normal brain function and over time, memories of events, places and people create memories that can trigger depressive episodes.

SO, how can we treat depression during pregnancy? Perhaps suggesting a credible alternative may help? Using Hypnosis I have achieved a very high success rate in greatly diminishing or completely healing the symptoms, effects and feelings of depression. We do have immense mental powers to use our minds to create the life we want. Easier for some than others I agree but with enough persistence and practice, it is highly achievable for most of us! It is my belief that many of the forms of depression people suffer are a consequence of sensory input creating and stimulating memories. Memories are the brain's algorithmic behavioural code. If you touched a hotplate when young and got burned, the memory of the event will enact anytime you may repeat the process. Mostly, in the absence of visible signs of heat, we will hold our hand over the hotplate, to feel for heat. If you hold certain (memory-based) beliefs and depression was an experience that allowed you to somehow rationalise or validate the experience, that too is held in memory! In the presence of such stimuli, depression can result, merely as a consequence of reacting to non-conscious stimuli. That often means that depression is stimulus-based, not dysfunctionality based. The brain is merely reacting to certain stimuli, that enable memories to enact. Much in the same way, anyone would react to a strong smell of fire or gas or the sighting of smoke or water flooding down the street carrying cars and other debris!

This is where hypnotherapy can be very useful, because of its ability to communicate at the level of the subconscious brain, therefore, bypassing the cognitive elements of consciousness. If you would like to discover more about how our adult brain corrupts our child's brain, maybe you can consider booking an appointment for a free consultation? This can be done via a face to face meeting or Skype, Zoom or Teams, all can be equally efficacious!

The objective here is to help people understand how and why we become illogically trapped into irrational emotional experiences that may actually be happening for reasons different to that which we would imagine! If you want to know more about how Hypnotherapy can help you; why not make an appointment for a Free Consultation?
For more information on the Free Consultation - go here or, to book your Free Consultation today, you can do that here!

Using antidepressants during pregnancy greatly increases the risk of autism, Professor Anick Bérard of the University of Montreal and its affiliated CHU Sainte-Justine children's hospital revealed. Prof. Bérard, an expert in the fields of pharmaceutical safety during pregnancy, came to her conclusions after reviewing data covering 145,456 pregnancies. "The variety of causes of autism remain unclear, but studies have shown that both genetics and environment can play a role," she explained. "Our study has established that taking antidepressants during the second or third trimester of pregnancy almost doubles the risk that the child will be diagnosed with autism by age 7, especially if the mother takes selective serotonin reuptake inhibitors, often known by its acronym SSRIs." Her findings were published in JAMA Pediatrics.

Bérard and her colleagues worked with data from the Quebec Pregnancy Cohort and studied 145,456 children between the time of their conception up to age ten. In addition to information about the mother's use of antidepressants and the child's eventual diagnosis of autism, the data included a wealth of details that enabled the team to tease out the specific impact of the antidepressant drugs. For example, some people are genetically predisposed to autism (i.e., a family history of it.) Maternal age and depression are known to be associated with the development of autism, as are certain socio-economic factors such as being exposed to poverty, and the team was able to take all of these into consideration. "We defined exposure to antidepressants as the mother has had one or more prescriptions for antidepressants filled during the second or third trimester of the pregnancy. This period was chosen as the infant's critical brain development occurs during this time," Prof. Bérard said. "Amongst all the children in the study, we then identified which children had been diagnosed with a form of autism by looking at hospital records indicating diagnosed childhood autism, atypical autism, Asperger's syndrome, or a pervasive developmental disorder. Finally, we looked for a statistical association between the two groups, and found a very significant one: an 87% increased risk." The results remained unchanged when only considering children who had been diagnosed by specialists such as psychiatrists and neurologists.

The findings are hugely important as six to ten per cent of pregnant women are currently being treated for depression with antidepressants. In the current study, 1,054 children were diagnosed with autism (0.72% of the children in the study), on average at 4.5 years of age. Moreover, the prevalence of autism amongst children has increased from 4 in 10,000 children in 1966 to 100 in 10,000 today. While that increase can be attributed to both better detection and widening criteria for diagnosis, researchers believe that environmental factors are also playing a part. "It is biologically plausible that anti-depressants are causing autism if used at the time of brain development in the womb, as serotonin is involved in numerous pre-and postnatal developmental processes, including cell division, the migration of neurons, cell differentiation and synaptogenesis -- the creation of links between brain cells," Prof. Bérard explained. "Some classes of anti-depressants work by inhibiting serotonin (SSRIs and some other antidepressant classes), which will have a negative impact on the ability of the brain to fully develop and adapt in-utero"

The World Health Organization indicates that depression will be the second leading cause of death by 2020, which leads the researchers to believe that antidepressants will likely remain widely prescribed, including during pregnancy. "Our work contributes to a better understanding of the long-term neurodevelopmental effects of anti-depressants on children when they are used during gestation. Uncovering the outcomes of these drugs is a public health priority, given their widespread use," Prof. Bérard said.

Story Source:
The above post is reprinted from materials provided by the University of Montreal. Note: Materials may be edited for content and length.