How the brain organizes itself into an array of functional networks 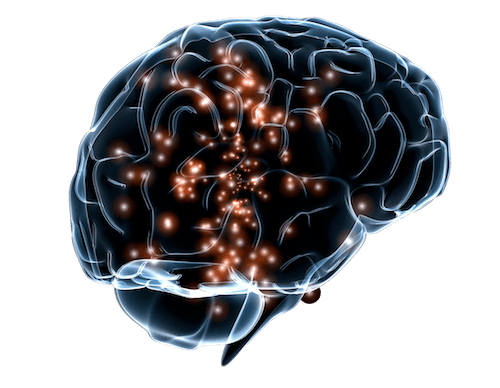 The perfect way to explain the reasons behind why we keep on repeating behaviours we don't want or why some people respond in a variety of ways to the same thing? It seems our brain is capable of learning sameness and difference in a variety of ways!

The perception of the outside world, from within!

We see pictures in our mind with our eyes closed shut, in the midst of total silence we hear voices and words that aren't spoken; where do they come from? Difficult questions to answer, especially when we know that there aren't actually any pictures or words inside of our brain. A question that becomes even more complex if we think they are in our mind. From an anatomical perspective, no one actually has discovered where or what the mind actually is. Yet, there is no doubt something about the way our brain works, that allows the existence of a thing called the mind, to make it sound sensible. And that, in and of itself, describes one aspect of the way our brain functions. Within reasonably tight limits, everything we do has to make sense, if it doesn't we often make some reason/excuse, so that it does. If we can't then some form of mental imbalance or disquiet manifests. It is when this process happens too often for too long, that a disorder occurs.

Essentially we humans, at least, for the most part, seek balance and harmony and that can be obtained, no matter how challenging life may appear. My belief, is, that what makes that difficult is the type of language we use. Although when I say language, I am not talking of profanities or vulgarities rather I'm referring to vagueness and ambiguity. In terms of mental clarity, a prerequisite for true balance and harmony, the words we use have to be free of any vagueness or ambiguity. That is not to say we can never be vague or ambiguous again. It's just you cannot use that type of language when it relates to things that matter in your life, e.g. our goals, dreams or aspirations etc.

So when it comes to making real changes to the way you experience life, making changes to the way we use language, be it verbal, non-verbal our everyday way of talking or even our self talk, becomes imperative. The main reason for this can be answered by understanding the way neurons communicate, as described below. As I said above, there are no words or pictures in the brain; it's all a consequence of synaptic transmission. And the degree to how often we use these words and the amount of emotional awareness that accompanies them is is the degree to how established those neural networks become.

So, in that sense, everything you want, or don't want, becomes a consequence of well-rehearsed, well established synaptic expression, also known as memories or habits. Hypnosis allows you to rewrite the linguistic code and make the changes that are necessary. Changes at the level of mind, ultimately become changes at the level of thought and behaviour. From a mental/psychological perspective; perspective is the only thing that changes, of course, rapidly followed by changes from within yourself; it is all interconnected!

The objective here is to highlight the many ways that hypnosis can help people make real lasting change. Essentially helping ordinary people; live a more ordinary life! To find out more, why not make an appointment for a Free Consultation - here

It seems that the brain still has a lot to learn about itself. Scientists at the Virginia Tech Carilion Research Institute have made a key finding of the striking differences in how the brain's cells can change through experience.

The results were published in PLOS ONE.
"Neurons can undergo long-term changes in response to experiences such as learning, emotions, or other activity," said Michael Friedlander, executive director of the Virginia Tech Carilion Research Institute. Friedlander co-authored the paper with his former graduate student and postdoctoral fellow, Ignacio Saez. "Neuroscientists have focused much of their attention on understanding the neuroplasticity of the connections between nerve cells called synapses."

Synapses, the specialized connections between neurons, work by translating an electrical signal from one neuron into a chemical signal to modify the receiving neuron. The chemical signal triggers an electrical signal in the receiving neuron, and the process continues. Synapses may become stronger or weaker by changing the efficiency of the chemical communication process in response to repeated bouts of co-activation of the two interconnected neurons. This process, called synaptic plasticity, can cause changes that persist beyond the co-activation period for mere minutes through a lifetime.

Outside experience can be internalized as a physical reorganization of the brain's synaptic communication process. This is especially important during the brain's development but also throughout life as experiences such as learning continually modify the brain's synaptic circuitry. "Until recently, scientists had thought that most synapses of a similar type and in a similar location in the brain behaved in a similar fashion with respect to how experience induces plasticity," Friedlander said. "In our work, however, we found dramatic differences in the plasticity response, even between neighbouring synapses in response to identical activity experiences."

The researchers observed this like-type synaptic plasticity buddy system in a rodent model, using an isolated part of the cerebral cortex responsible for processing vision. The scientists recorded electrical activity from individual neurons after activating groups of neighbouring neurons. They then compared that recording to the electrical activity elicited in response to the activation of only a single neighbouring neuron. The synapses were trained by repeating the activation process, to mimic learning.

When the scientists applied a pharmacological agent to the neurons that blocked synaptic inhibition, they saw that training elicited more dramatic and varied plasticity at excitatory synapses. The plasticity responses of different groups of synapses on a given neuron were more similar when inhibition was blocked, which effectively grouped together like-type neurons by their learning responses. "While we've known for years that neurons of similar types tend to richly interconnect, this is the first demonstration that such assortment processes apply to synaptic plasticity," Friedlander said. "Such a result has implications for enhanced learning paradigms, as well as for better understanding the dynamic network properties of the large-scale neuronal networks in the living brain."

Story Source:
The above post is reprinted from materials provided by Virginia Tech. Note: Materials may be edited for content and length.