A penny for our thoughts? Copper influx key to brain cell development 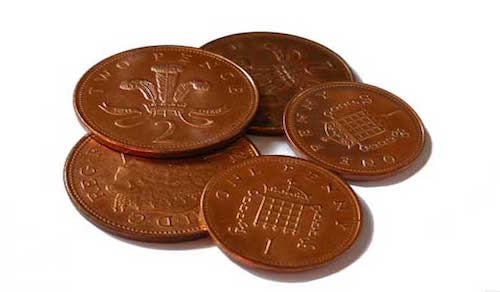 While the markets suffer and the price of commodities fluctuates more than the temperature of an English summer, it seems that one (precious) metal, copper, is proving to be priceless to who we are and how we develop! Want to find out 12 natural sources of copper for your diet? Then you can find them here

In a report published online today in Nature Communications, the investigators say their findings reveal how brain cells quickly adjust copper allocation from a predominant use in energy production and defence against free radicals to use in activating enzymes that make neurons.

"Biochemical studies had shown that many proteins involved in neural differentiation require copper, and we also knew there is a big spike in the brain's copper levels at a certain stage of development," says Svetlana Lutsenko, PhD, professor of physiology at the Johns Hopkins University School of Medicine. "With these new results, we now know a lot more about how developing neurons use copper for their various needs."

Yuta Hatori, PhD, a postdoctoral fellow on Lutsenko's team, used a protein sensor that changes its fluorescence to signal the so-called redox state of cells, which refers to the ability of molecules to exchange electrons, driving many processes. Cells control their internal redox states by precisely tuning the ratio of two small molecules: glutathione and glutathione disulphide. Working with colleagues in the school of medicine's Department of Neuroscience and led by Shanthini Sockanathan, D.Phil., a professor in the department, the team infected chicken embryos at different stages of development with a gene encoding a tiny sensor and found that the redox state of neurons that control movement changes as they mature.

Delving deeper, Lutsenko says, they found that one effect of the changed redox state was to expose the copper-binding site on a protein called Atox-1, which shuttles the metal around the cell. Differentiating cells also turned out to make more Atox-1 and a related protein, ATP7A, another copper transporter that works together with Atox-1 to direct copper into a "secretory pathway." The net effect was increased copper supply to the copper-requiring enzyme responsible for signalling between neurons.

The importance of getting copper to the right place in the cell at the right time may shed light on processes beyond development, Lutsenko says. For example, ageing is known to wear on cells' precision control of their redox states. "Our study suggests that small redox changes may have big effects on proteins in the secretory pathway, which are very important for brain function," she says.

Armed with a better understanding of how normal neurons use copper, Lutsenko's team plans to look next at what happens when that process goes wrong, using cells from patients with a copper-processing disorder known as Wilson disease.

Story Source:
The above post is reprinted from materials provided by Johns Hopkins Medicine. Note: Materials may be edited for content and length.