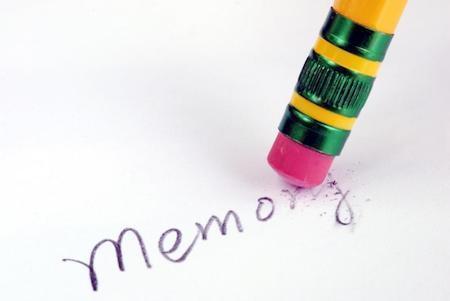 As we age. and if you're not there yet, good for you, we slowly begin to forget things, the name to the face, our mobile, bus pass etc. So, I hope this research gives you (and me) some effective tools to keep the grey matter grey and the white matter white! perhaps the best bit of advice I have found useful is not to accept that you cannot remember things but rather, develop an attitude of persistence!

Keep reminding yourself to remember!

Of late I have noticed that certain names to faces and certain terms have been escaping me. With names I have found stating Christian names, starting from A to Z helpful and if that fails, I say it will come to me. For words and phrases, it's a little trickier. For example, last week I could not think of the term cognitive dissonance. Cognitive dissonance refers to situations that involve conflicting attitudes, beliefs or behaviours; those that preach but not practice, so to speak! I used my, "it'll come to me" strategy, less than an hour later it did indeed come to me. The important thing is not to submit to these lapses and, where possible, Google it! Perhaps we are becoming a little too reliant on our online memory bank? Whilst we may get instant results, we may in the long term be losing more than interest!

Here is what the research says:

Whether it's paying the electric bill or taking the clothes out of the dryer, there are many daily tasks that we fully intend to complete and then promptly forget about. New research suggests that linking these tasks to distinctive cues that we'll encounter at the right place and the right time may help us remember to follow through. The research is published in Psychological Science, a journal of the Association for Psychological Science. There are many ways we can try to remind ourselves to do something in the future -- we can set a calendar alert, jot down a quick note, or even use the old-fashioned string-around-the-finger trick. But the problem with many of these strategies is that they don't provide a reminder that will be noticed when we need it most.

"Our results suggest that people are more likely to follow through on their good intentions if they are reminded to follow through by noticeable cues that appear at the exact place and time in which follow-through can occur," says study author and psychological scientist Todd Rogers of Harvard Kennedy School. Rogers and co-author Katherine Milkman of the Wharton School at the University of Pennsylvania hypothesized that "reminders through association" may be a tool for remembering and following through. By design, these cue-based reminders don't depend on any technology other than the human mind and they are delivered exactly when we need them. In one study, 87 participants completed an hour-long computer task. During the task, they learned that they would be able to have $1 donated to a food bank in addition to receiving compensation for participating. To ensure the donation would be made, however, they would have to pick up a paper clip when they collected their payment. Some students saw a second message stating that an elephant statue would be sitting on the counter where they collected their payment as a reminder to pick up a paper clip; others were simply thanked for their participation.

This simple cue effectively boosted follow-through. The results showed that 74% of the students who received the elephant statue as a cue ended up taking a paper clip compared to only 42% of those who didn't receive a cue.
But this doesn't mean that any cue will do; additional studies conducted online indicated that distinctiveness matters -- a reminder cannot work if it is not noticed. Again, participants learned about an opportunity to support a charitable organization. To have a donation made on their behalf, they would have to choose a specific answer on a specific page of the survey they were about to complete. On that page, they would see a cue to remind them to select the correct answer. The results revealed that cues that were distinctive relative to the other cues in the surrounding environment were more effective reminders. In one experiment, for example, Rogers and Milkman found that a distinctive cue -- an image of one of the aliens from the Toy Story movies -- was more effective than a written reminder when both cues were surrounded by other flyers and promotional signs.

Data collected from customers at a coffee shop suggest that the "reminders through association" approach may also be useful for organizations that want to help their clients remember to follow through on intentions. Over the course of one business day, 500 customers were given a coupon that would be valid at the coffee shop two days later. Only some customers were told that a stuffed alien would be sitting near the cash register to remind them to use their coupon. About 24% of the customers who were given a cue remembered to use their coupon compared to only 17% of the customers who received no cue -- a 40% increase in coupon usage. While distinctive cues may serve as helpful reminders, people don't always make the most of them. Results from another online study with 605 participants showed that participants failed to anticipate the limitations of their own memories -- in doing so, they missed out on potential earnings by choosing not to pay a nominal fee to receive a cue-based reminder.

Taken together, the findings suggest that reminders through association offer a no-cost, low-effort strategy for remembering to complete the tasks that tend to fall through the cracks in daily life. Rogers and Milkman hope to build on this research to explore whether reminders through association might also be useful for boosting adherence to medical and other health-related regimens.

Story Source:
The above post is reprinted from materials provided by Association for Psychological Science. Note: Materials may be edited for content and length.