Have you tried tasting colours? Synesthesia induced with hypnosis 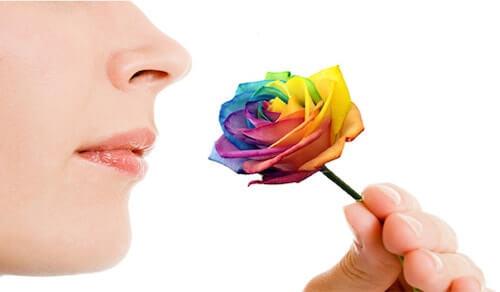 Sometimes I look for ways to show how scientific findings aptly demonstrate what happens when we apply hypnosis (hypnotherapy) and sometimes, it seems, they look for me (laws of attraction) this study feels like it was made with me in mind. For sure I have found studies like this unusual to find although I am fairly pleased it did . . . but why?

Be careful, you might stroop lower than you think!

The nice thing about this study is that it makes use of "highly hypnotizable" subjects, the very reason why I offer different types of hypnotherapy. The majority of people, including me, are not highly hypnotizable but that is not necessary to produce good results from hypnotherapy. For these clients I offer Trans4mational Therapy, which consists of a 90-minute session and for those who are highly hypnotizable, I offer Rapid Session Therapy, 60-minute sessions. The major difference, apart from perhaps an enhanced hypnotic experience (which is not totally required clinically speaking), is that they generally need less time to achieve the same results.

So, with some reassurance that hypnosis works, under scientific scrutiny. And reassurance from my many years as a practitioner, that hypnotherapy is a solid therapeutic intervention and can produce outstanding results in most cases, you can feel confident in making that leap of faith and put your life on the right path to achieve your goals and dreams.

My objective is to help people understand how and why we become illogically trapped into emotional experiences that may actually be happening but for reasons, we may never have imagined! If you want to know more about how Hypnotherapy why not make an appointment for a Free Consultation? For more information on the Free Consultation - Go Here Or, to book your Free Consultation today, you can do so here

Hypnosis can alter the way certain individuals information process information in their brains. A new phenomenon was identified by researchers from the University of Skövde in Sweden and the University of Turku in Finland, who have successfully used hypnosis to induce a functional analogue of synesthesia. The discovery can open a window into the previously unexplored domains of cognitive neuroscience.

Synesthesia is generally understood to be a rare phenomenon where, for example, seeing a certain letter or number is uniformly accompanied by an automatic association to or a visual perception of colour.

"The current study confirms the research group's previous results which showed that it is possible to use hypnotic suggestion to trigger visual hallucinations in a way that is otherwise not possible -- say, through practised use of mental imagery," says Docent Sakari Kallio from the University of Turku. Participants were videotaped and afterwards interviewed about their experiences and strategies while doing a STROOP-type colour-naming task. The interviews revealed that the same suggestions could, for highly hypnotisable subjects, lead to strikingly different experiences.

The researchers induced an equivalent to synesthesia in which some symbols in a selection -- circles, crosses, and squares -- were each suggested of always taking a specific given colour.

"Of the four highly hypnotisable participants in the study, three showed a strong synesthesia-like association between symbol and colour, as shown by their verbal reports and confirmed by eye-tracking. However, the nature of this association varied widely. Two participants reported that they visually experienced the symbols as having the suggested colour: in one case with full self-awareness of doing so and in another case not," Kallio says.

In a third case, the participant did not experience any colour change and was not aware of the given suggestions, but nevertheless showed difficulty in naming the actual colours of the three target symbols. A control group mimicked the task by using their memory or strategies suggested by the research group: for example, to practice thinking of the squares all being green. The control group was unable to reproduce the effect.

"Perhaps most importantly, the results showed both definite similarities and clear differences to naturally occurring synesthesia. Nevertheless, and beyond the demonstrated ability to rapidly induce -- and cancel -- a form of synesthesia, one should avoid drawing general conclusions until further research is carried out.

"A key methodological difference from earlier research is that hypnosis was induced and cancelled very quickly.

"Earlier studies have typically used a five-to-ten-minute hypnotic induction period. In this study, hypnosis was induced by counting forward from one to three and cancelled by counting backwards from three to one. All tasks were executed in a perfectly normal state of waking consciousness -- not under hypnosis, which was induced only when the colour suggestions were made," says Kallio.

These alterations allow the possibility to change colour perception by explicit verbal suggestion. Such highly hypnotisable subjects can open a window into hitherto unexplored domains of cognitive neuroscience and give fresh impetus to the budding science of consciousness studies.

The results were published in the journal Scientific Reports.

Materials provided by the University of Turku. Note: Content may be edited for style and length.