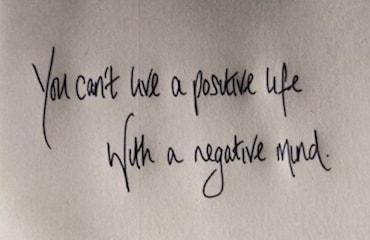 I see many clients with life-challenging issues, very often, if not always, it will involve some level of anxiety or stress. Anxiety and stress determine how your subconscious responds to those states and, in turn, determines the scope of your radar detection system, aka; what you look for . . .

The brain decides what we see, we then look for it!

This process is called confirmation bias. Essentially your subconscious will look for evidence to support its worldview. If you believe the world is a dangerous place and that people cannot be trusted, You Will find plenty of evidence to support that view. So, holding that belief your fear system, fight or flight, will be on guard, it has to be ready to respond at a moments notice! To the degree that a person is exposed to this daily belief system and, of course, the evidence to support and maintain it, they will become chronically anxious and/or stressed. This results in a state referred to as hyperarousal; a low ambient level of the fight or flight response. Is this not an OK state, isn't it good to be on guard? No, it is not a good state to live in, if only because you find what you are looking for but that doesn't mean it is real!

The subconscious will detect real danger, even subliminally, we are engineered to keep ourselves safe. However, harbouring limiting or false beliefs can cause you to look for the danger that isn't actually there! How and why we would look for these erroneous perceptions of danger is a mystery to some. Mostly these imperceptions are learned, learned from people we trust, e.g. parents, friends, peers, teachers etc. Another thing that accentuates these beliefs is the degree to which we use generalisation, e.g. "you" never, always, every time etc. used too often they have the potential to distort reality, which is rarely the reality!

Another aspect of reality distortion comes in the form of the level of negativity in our everyday language. It is very common for the clients I see to make excessive use of the negative, but to do so in a way that makes it appear that they are actually being positive. You tell a friend about a new restaurant you tried and your friend asks, "so how was the food?" "Not bad" you reply! But not bad does not mean good; does it?

To be well we must eliminate the unnecessary and unrealistic use of negative language. We must also be very clear about our use of language, relative to what we want. When what you want is stated clearly and unambiguously, the brain will begin to look for that perceived reality. You literally rewire the brain/mind and recalibrate the radar; a paradigm shift in your belief system and a whole new bias for you to confirm!

My aim here is to highlight the way hypnosis can help many people, who have conditions that confuse them or, that is not responding to other medical interventions.

Hypnotherapy, essentially helping ordinary people; live a more ordinary life! To find out more, why not make an appointment for a Free Consultation - here

Our emotional state in a given moment may influence what we see, according to findings published in Psychological Science, a journal of the Association for Psychological Science. In two experiments, researchers found that participants saw a neutral face as smiling more when it was paired with an unseen positive image.

The research shows that humans are active perceivers, say psychological scientist Erika Siegel of the University of California, San Francisco and her coauthors. "We do not passively detect information in the world and then react to it -- we construct perceptions of the world as the architects of our own experience. Our affective feelings are a critical determinant of the experience we create," the researchers explain. "That is, we do not come to know the world through only our external senses -- we see the world differently when we feel pleasant or unpleasant."

In previous studies, Siegel and colleagues found that influencing people's emotional states outside of conscious awareness shifted their first impressions of neutral faces, making faces seem more or less likeable, trustworthy, and reliable. In this research, they wanted to see if changing people's emotional states outside awareness might actually change how they see the neutral faces.

At the end of each trial, a set of five faces appeared and participants picked the one that best matched the face they saw during the trial. The face that was presented to the participant's dominant eye was always neutral. But they tended to select faces that were smiling more as the best match if the image that was presented outside of their awareness showed a person who was smiling as opposed to neutral or scowling In a second experiment, the researchers included an objective measure of awareness, asking participants to guess the orientation of the suppressed face. Those who correctly guessed the orientation at better than chance levels were not included in subsequent analyses. Again, the results indicated that unseen positive faces changed participants' perception of the visible neutral face.

Given that studies often show negative stimuli as having a greater influence on behaviour and decision making, the robust effect of positive faces in this research is intriguing and an interesting area for future exploration, the researchers note. Siegel and colleagues add that their findings could have broad, real-world implications that extend from everyday social interactions to situations with more severe consequences, such as when judges or jury members have to evaluate whether a defendant is remorseful.

Ultimately, these experiments provide further evidence that what we see is not a direct reflection of the world but a mental representation of the world that is infused by our emotional experiences.

Materials provided by Association for Psychological Science. Note: Content may be edited for style and length.

Story Source:  Materials provided by University of California - Davis. Note: Content may be edited for style and length.