Analyzing past failures may boost future performance by reducing stress 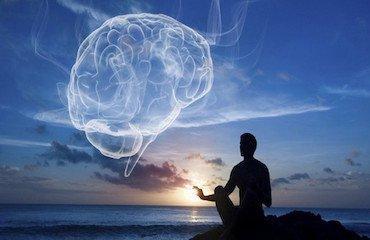 There is an uncanny similarity to this research and the way I conduct my client sessions, both in the way the past is reviewed and then reframed. After all, the only thing that ever really changes as a result of any therapeutic intervention; is perception . . .

Mistakes, by any other meaning, are lessons!

Many of the apparent mistakes we make in life are not really mistakes. It is often the case that what we call a mistake only appears that way with the benefit of hindsight. So, had we had that insight at the point of making the initial decision; we'd have likely made a different one! That's not a mistake per se, that's the realisation of a result that occurs through a lack of sufficient facts or too little experience. A look at the automobile industry is a good example that supports that view. We wouldn't be driving around in the type of cars we do today, had it not been for such a prolific number of "mistakes."

So, having listened to my client's story and the language it is stored and narrated in (in terms of its negativity, ambiguity and vagueness), and, having the obvious benefit of time, hindsight and experience, and an adapted story (hypnotic prescription) is then delivered to the subconscious mind. This, I believe, is a more efficient method than the one described below. And this is by no means an attempt to detract from the value of this research. It is meant in terms of the delivery of a hypnotherapeutic intervention that allows the possibility of this event being rewritten at source, a kind of rewriting of the source code (brain language), that allows for an auto-update (via a post-hypnotic suggestion) of the irrational illogic that is so often present when the brain/mind appears to behave illogically, irrationally and perhaps incorrectly!

In essence, the cell(s) sequence that has to fire, in order to express the specific memory that is related to a particular behaviour, are changed, a process called memory reconsolidation. In one way or another, virtually everything we do has some form of memory attached to it. Memories are often subject to adaptations, be it corruption, distortion or deletion; and it is these processes that are capable of causing many of the maladies that we experience.

So, it is, hopefully, easier to understand why this critiquing (debrief) of past "mistakes" leads to a lessening of future stress and, perhaps, an increase in performance and a lowering of the "mistake" process too? When you change the way you look at something, you can see it from a different perspective and that can change everything!

Analyzing past failures may boost future performance by reducing stress

Insights from past failures can help boost performance on a new task -- and a new study is the first to explain why. US researchers report that writing critically about past setbacks leads to lower levels of the "stress" hormone, cortisol, and more careful choices when faced with a new stressful task, resulting in improved performance. The study, published today in the open-access journal Frontiers in Behavioral Neuroscience, is the first demonstration that writing and thinking deeply about a past failure improves the body's response to stress and enhances performance on a new task. This technique may be useful in improving performance in many areas, including therapeutic settings, education and sports.

People are often advised to "stay positive" when faced with a challenging task. However, a vast body of research suggests that paying close attention to negative events or feelings -- by either meditating or writing about them -- can actually lead to positive outcomes.

But why does this counter-intuitive approach lead to benefits? To investigate this question, Brynne DiMenichi, a doctoral candidate from Rutgers University-Newark, together with other researchers from the University of Pennsylvania and Duke University, examined the effect of writing about past failures on future task performance in two groups of volunteers.

DiMenichi and colleagues then measured the performance of the volunteers on a new stressful task and continued to monitor their cortisol levels. They found that the test group had lower cortisol levels compared to the control group when performing the new challenge.

The researchers also found that volunteers who wrote about a past failure made more careful choices on a new task, and overall performed better than the control group.

"Together, these findings indicate that writing and thinking critically about a past failure can prepare an individual both physiologically and cognitively for new challenges," observes DiMenichi.

While everyone experiences setbacks and stress at some point in their lives, this study may provide insight into how one can use these experiences to better perform in future challenges.

"It provides anyone who wants to utilize this technique in an educational, sports, or even therapeutic setting with clear-cut evidence of expressive writing's effectiveness," says DiMenichi. "However, it is difficult to compare laboratory measures of cognitive performance to performance on say, the Olympic track. Future research can examine the effect of writing manipulation on actual athletic performance."

Story Source:  Materials provided by Frontiers. Note: Content may be edited for style and length.