Ever put keys in the fridge and milk on the side? Research explains why 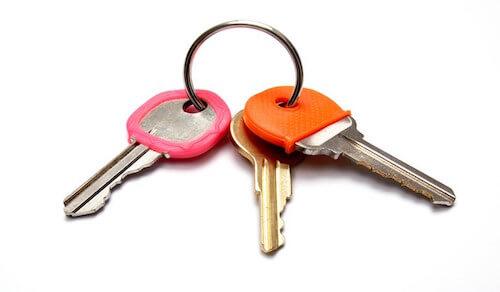 A frequent thing that drives people towards hypnotherapy is their unexplainable behaviour, the things they do, that consciously they know they don't want to do, Hypnosis can change all that . . .

The journey through a curious mind!

Many people who seek hypnotherapy, do so because they have heard it can help them achieve things that they have been unable to do for themselves. While they know what they want to achieve, consciously, the unwanted behaviour itself is being driven at a deeper, subconscious, level. It seems the mind has a mind of its own and indeed it does. What we call the conscious mind, in a very simplistic sense, consciousness is our awareness of the outcome of the content and actions of the deeper subconscious mind. Conscious awareness is when we realise that we are the one who is having that experience.

How this applies to hypnosis, is that we, the client and the hypnotherapist, create, what is like an esoteric experience, the sense of what you want, what it looks like, what feels like and at that moment, the brain/mind moves towards creating that which exists on the inside as an outer reality. I say, "that which exists on the inside" because you have a sense of what you want, but, that sense is being overwritten by a stronger more dominant force! At the moment the hypnotic intervention occurs, a paradigm shift in our internal world of neural processing takes place; that's hypnosis!

Many people will have experienced the frustration of putting their car keys in the fridge while leaving the milk out on the side or the embarrassment of answering "yes" when asked if they would like the chicken or the fish.

Typically, such accidents are explained away as "unintentional." In fact, a new study has shown that these errors occur because people always control their actions through mental imagery. If they, perhaps without noticing, conjure up a wrong mental image, an unexpected action may follow.

The research, led by University of Plymouth PhD student James Colton, demonstrated for the first time how it is possible to bring about involuntary movements from people, just by giving them a strong enough mental image of that movement.

Thirty-two undergraduates took part in the experiment, in which they were asked to imagine performing a simple finger-tapping pattern in time with a metronome, but to keep completely still.

Occasionally, images of either the same or a different movement flashed up in front of them (e.g. a left or right finger keypress), which they were asked to ignore.

Strikingly, in these instances, participants could not follow the instructions to keep their fingers still. They sometimes executed the actions they were imagining; especially when the action they saw matched the action they imagined and would, therefore, strengthen it.

"These findings are a step-change for our understanding of how humans control their own actions, and why they sometimes fail to do so," he said. "They do not necessarily represent a form 'mind-control but show that our actions typically follow whatever we imagine. This means that simply bringing up the correct mental image will make us act in the way we want. However, it also means though that when we accidentally picture other actions, such as during multitasking, it may cause us to act in a way we do not intend, and this may feel involuntary."

"The findings also reveal links between the voluntary control of action and more mysterious ideomotor phenomena such as the use of an Ouija board. Ouija boards are revered by some for their ability to channel spirits from beyond the grave. In fact, the participants are simply channelling their own thoughts by imagining what their friends and relatives might be saying in a conducive environment. As the famous psychologist/philosopher William James pointed out in 1890, such phenomena, therefore, do not reflect "a curiosity" but instead tap into the "normal process" of intentional behaviour."

Materials provided by the University of Plymouth. Note: Content may be edited for style and length.