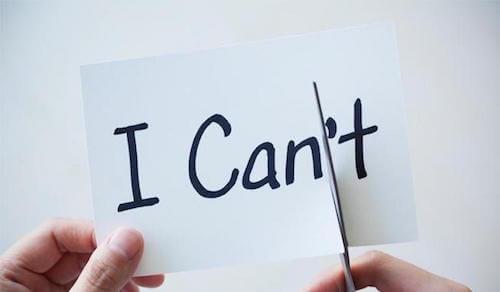 The way we use phenomes in our self-talk, even our everyday manner of speaking, has a greater and quicker connection with negative words than with positive ones. A survival tactic perhaps, that allows us to assimilate danger (real or false) more quickly . . .

Part of our problem is the way we use language!

One of the features of my style of therapy is a focus on the ways we use negative, vague or ambiguous language. It seems to be an intrinsic part of being human, a common form of our modern everyday talk. A friend says, "I tried that new restaurant on the high street last night." "Oh, what was it like," you ask, "not bad!' Honestly, would you want to try a new restaurant because the food was "not bad?" Of course not. But it seems as if we view this casual way of talking as harmless, after all, we know what they meant; don't you? However, when it comes to the way our brain and subconscious mind process language, experience says otherwise.

If someone said something nice or flattering you would likely feel good and if they said something nasty, you may feel sad, maybe a little down or angry. Clearly, this demonstrates the way we feel can be influenced through words but not just words alone, the intonation, volume and pitch all play a part. Another aspect that alters the emotional meaning or intent of our language, especially our self-talk, is the mood or frame of mind we are in when we say them. Most clients I see, who have issues relating to anxiety, stress or depression (a combination of all three is not uncommon either), usually have a highly negative vernacular. Their use of negative, vague and ambiguous language helps to maintain or exacerbate their condition; they literally walk into the talk! So, it is interesting to see some evidence to offer some level of support for my theory. The theory is that language has evolved with a negative bias, a bias that disables us emotionally!

The really encouraging thing is that through hypnosis, the mind can quickly learn to adjust and reorganise the way we use language. Give the mind clearly stated, positive, objectives and it will deliver. You just can't have a positive life, with a negative mind!

My objective here is to help people understand how and why we become illogically trapped into emotional experiences that may actually be happening but for reasons different to which we would imagine! If you want to know more about how Hypnotherapy why not make an appointment for a Free Consultation?

Individual speech sounds -- phonemes -- are statistically associated with negative or positive emotions in several languages, new research published in the journal Cognition by Bocconi Professor Zachary Estes, his Warwick colleague James Adelman and Bocconi student Martina Cossu shows. These associations help us quickly avoid dangers because the phoneme-emotion associations are strongest at the beginning of the word and the phonemes that are spoken fastest tend to have a negative association.

It has long been known that phonemes systematically convey a range of physical properties such as size and shape. For example, the 'e' sound in Beetle sounds small, whereas the 'u' sound in Hummer sounds big. This is known as sound symbolism.

Given the evolutionary importance of avoiding dangers and approaching rewards, Estes and colleagues hypothesized that, like size and shape, emotion should also have sound symbolic associations. They tested this prediction in five languages -- English, Spanish, Dutch, German and Polish -- and in all five languages, particular phonemes did indeed occur more often in positive or negative words.

Estes and colleagues also tested whether this emotional sound symbolism could be an adaptation for survival. To aid survival, communication about opportunities and especially dangers needs to be fast. The researchers tested this assumption in two ways.

First, they showed that in all five languages the phoneme-emotion associations are stronger at the beginnings of words than at the middle or ends of words. This allows emotion to be understood fast, even before the whole word is spoken.

Second, they examined the speed with which specific phonemes can be spoken. Estes and colleagues discovered that phonemes that can be spoken faster are more common in negative words. This allows dangers to be understood faster than opportunities, and this aids survival because avoiding dangers is more urgent than winning rewards. For instance, being too slow to avoid a snake can be fatal, but if you're too slow to catch a bird, you will probably have other chances.

Estes and his colleagues argue that emotional sound symbolism evolved due to its adaptive value to humans: it made communication about dangers and opportunities more efficient, allowing a quicker reaction to vital objects and thereby supporting the fitness and survival of the human species.

Zachary Estes added "We have also begun testing applications in business because emotional phonemes provide an opportunity for companies to inform consumers about their products. For example, a pharmaceutical company might want to use positive sounds for a drug that promotes health benefits like a vitamin, but they might want to use negative sounds for a drug the prevents health detriments like an anti-malarial drug."

Materials provided by Bocconi University. Note: Content may be edited for style and length.