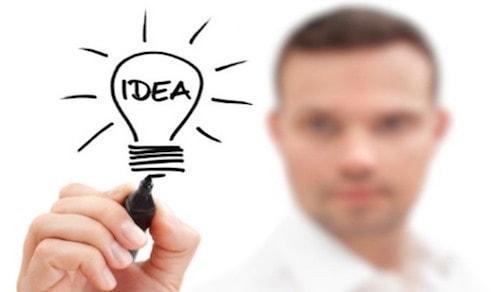 To get quicker, you must slow down!

Maybe a good place to start is by understanding what an interneuron is, essentially it is a connecting neuron. When we see something, say a cup of coffee, and want it, this involves sensory (visual) neurons. To get the coffee, we have to pick it up with our hands, so the action of moving our hand to pick up the coffee involves motor neurons. The information from the sensory neurons to the motor neurons are transmitted by interneurons. With regards to this research, it is an oversimplification of the circuits involved because the processes involved are incredibly complicated. The connections to and from these areas, i.e. stratum lacunosum-moleculare (2 of 6 separate layers) and the stratum oriens (the most superficial layer) are, very small numerically. However, by importance, this area plays an immense role in communication between many regions but principally between the entorhinal cortex (part of the hippocampal formation) and hippocampal area CA1. The hippocampus has a vast amount of connections, directly and indirectly to almost all brain regions. As such, improving or impairing the performance of these, gatekeeper, cells can play a significant role in our everyday experience of life!

Relating this research to the work I do as a therapist, is a little easier to explain as it involves the everyday word we use; stress. However, stress is not just one thing, it comes in many forms. For example, psychological stress, in response to imminent or perceived danger, e.g. toxic relationships, abuse or trauma etc. Oxidative stress (responsible for free radicals, via reactive oxygen species ROS), in response to environmental stressors, too hot or cold, noise or pollution etc. Osmotic stress is the balance of fluid both inside (intracellular) and outside (extracellular) of the cell. This system aims to maintain a certain equilibrium, changing according to the specific needs of the body and central nervous system. For example, lifting a heavy load dictates an increase in the fluid balance within the cells of the cartilage of our knees. It also plays a role in inflammation, e.g. in response to injury or disease, which is part of the defensive and healing processes. Under normal conditions, the stress/defensive system is a major regulator of our body's ability to adapt to change. It's when it goes wrong, that a maladapted stress response kicks in, e.g. allostatic overload. If we have a knee injury and consequently, abnormal osmotic stress, the pain and consequences (e.g. not being able to work or play) can increase psychological stress. This, in turn, can involve some level of oxidative stress, C'est la Vie! Lastly, there is an associated component, Heat Shock Response (HSR) which is partially a response to oxidative stress or heavy metals in our cells. Again, under normal (acute) conditions, heat shock response plays a role in cell health. It's when it becomes a chronic condition that it adversely affect cell health.

However, as a therapist, the stress that most people relate to as, "their problem," is psychological stress. Nevertheless, these other types of stressors have to be considered because of the way they apply to our normal functioning. Consequently, it is known that all forms of stressors affect aspects of memory, be it the creation of new memories, or working/short-term and long-term memory. Additionally, stressors also affect memory recall, and at no time is that more apparent than when faced with rapid and extensive memory recall, especially while under pressure or duress. The classic example of this is what we call test or exam anxiety. We know the answer and we know we know it; we just can't seem to access the memories.

The reason for these memory lapses is the activation of the fight or flight response, more commonly called "stress response." Stress hormones affect brain function, especially the hippocampus and the prefrontal cortex. The brain, it seems, has more important things to focus on while it perceives we are under attack or threat! So, it is interesting to note that this study noticed a decline in memory function when they activated the OLM (Oriens-lacunosum moleculare) cells and an improvement when they deactivated. Basically, activation means excitement, as in, more glutamate or less GABA production and deactivation means inhibition possibly more GABA and/or less Glutamate production?

Relating this to hypnotherapy: During hypnosis, the brain is predominantly in a relaxed, theta-state. Therefore, it seems perfectly logical, that this relaxed state is somehow, synonymous with a new level of memory enhancement that elicits changes in the way certain cells fire. Neurons fire, in part, as a consequence of their reaction to sensory and/or environmental factors or the memories of them. It is because many of the things we experience on a daily basis are not novel, that we have memories of those experiences. These memories are analogous to algorithms (short cuts that enable quick responses), as such, most of our behavioural responses occur outside of conscious awareness. These automated responses are the primary cause of many emotional, psychological or mental conditions. They are also the primary reason why our behaviour confounds us. We know we shouldn't eat that cream doughnut, we just can't help ourselves! This provides us with an example of the motivational causes of our subconscious reaction to external sensory information or internal stimuli, primarily the memory contained within cells or cellular networks.

Therefore, it should be no surprise to learn that the more relaxed we are, the better our brain functions. And while it functions relatively well in certain stressful and highly important situations, these have to be the exception, not the rule. It is when these systems become disordered, that the natural status quo is reversed and stress becomes the rule; not the exception! While stress is important to our ability to survive, it's the average ambient daily states of relaxation that ultimately determine the way we function while under duress. In essence, the more rested and relaxed our brain is, throughout the day, the better it performs when the going gets tough!

Conclusion: Want to have a better memory for longer, want to learn more and do more as a result; then learn to relax on demand.

The workings of memory and learning have yet to be clarified, especially at the neural circuitry level. But researchers at Uppsala University have now, jointly with Brazilian collaborators, discovered a specific brain neuron with a central role in learning. This study, published in Neuron, may have a bearing on the potential for counteracting memory loss in Alzheimer's disease.

When a person with dementia forgets having just eaten dinner, it is due to hippocampus damage. In contrast, the same person can describe in vivid detail a fishing trip to Norway 40 years ago. Both cases entail the use of episodic memory, the brain's storage of events in which we have been personally involved. Dementia diseases impair the ability to form new memories, especially of events since the onset of the disease.

Researchers at Uppsala University have now, jointly with Brazilian colleagues, found certain neurons in the brain that play a crucial part in learning. The same research group had previously discovered 'gatekeeper cells' or, in technical parlance, OLM (Oriens-lacunosum moleculare) cells. These are located in the hippocampus, the brain area known to be active in forming new memories. The new findings from Klas Kullander's research group show that OLM cells' activity affects the encoding of memories in the brain.

When the OLM cells were over-activated in experiments on laboratory mice, the mice's memory and learning functions deteriorated. When these cells were inactivated instead, the function of new memory formation improved. This research has enhanced understanding of how a single component in the memory circuits can affect memory formation.

"We had expected to be able to impair learning since it seemed likely that the effect of our experiment at the cellular level would disturb the normal function of the nervous system. However, we were surprised to find that learning and memory also could be improved," says Klas Kullander.

It also offers hope of being able to counteract the loss of memory formation in Alzheimer's disease and dementia. The first symptoms of Alzheimer's, the most common and familiar dementia disease, are associated with poor memory. Short-term memory is particularly impaired. For those who suffer from dementia symptoms, losing memory functions is a major everyday problem. Unfortunately, there are no curative treatments or medicines that can stop dementia diseases from developing.

"The next step is, therefore, to investigate this more closely, in further experiments on animal subjects comparable to humans. We need more knowledge before experiments can be done to stimulate the OLM cell artificially in humans," Kullander says.

Materials provided by Uppsala University. Note: Content may be edited for style and length.