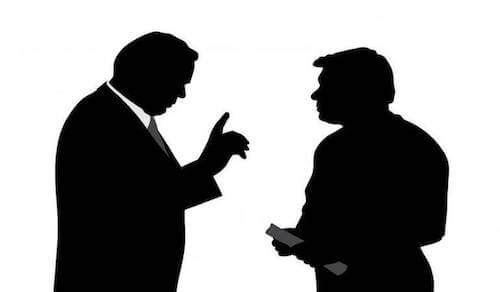 Be it the expectation of having their staff work insane hours (for the same pay), to not paying those who have left or been fired, to bullying, the Singapore work environment is lightyears behind its other first world cousins, although, to be fair it's lightyears ahead in many other ways . . .

The need for the over-explanation of the unobvious!

Over the 11 years of working here in Singapore, as a hypnotherapist, I have had a number of clients who have fallen victim to most of the above. And while it may appear to be pointing out the negative side of Singapore's work-scape, that is far from the intention.

Of course, realistically, this is nothing new. We will generally have a greater affection towards people who treat us kindly and considerately, be they friends or relatives; why should bosses be any different? In fact, considering one spends the greater part of their life at work; it would/should seem common sense to a boss, that the best way to get more output from your staff, is to treat them with a high degree of compassion and a little bit of authority. Sadly it is often the other way around, albeit the compassion component is usually very small indeed.

While the negative effects of stress are widely known, they also appear to be widely ignored. So, if all the evidence suggests that less stress means greater output, then one must wonder what the psychology of individual employers/managers is; it certainly has all the attributes of a failed strategy! More to the point, this is not a case of just being related to a particular type of employer, it's across the board, be it a small family business or an SME, all the way up to corporations. So, clearly, this is a psychological phenomenon across all types of employers. And, according to the research, it is cross-cultural too!

In terms of a solution, there is a huge potential for all employer types, to engage in some kind of person to person training, after all, leadership means leading people, not just the designation mentioned on your business card! So, if you are an employer, manager, or know one, who engages in these types of negative workforce behaviour, it may well pay you to get some form of psychological assessment. Treating people badly, disrespectfully or meanly, often signifies the presence of some form of psychopathology and the sooner you fix that, the more successful you will become.

Hypnotherapy stands out as one of the most effective strategic life training methods there is. And, as it is likely the case that the psychopathology, involved in the negative behavioural traits that lead to this kind of behaviour, is subconscious in nature, then it makes perfect sense to use a methodology that addresses the peculiarities of the subconscious mind. If you would like to address any concerns you have in this direction, or, if you just want to take your life, and your business, to the next level, then why not make an appointment for a Free Consultation?

New research, from Binghamton University and State University in New York, finds that showing compassion to subordinates almost always pays off, especially when combined with the enforcement of clear goals and benchmarks.

"Being benevolent is important because it can change the perception your followers have of you," said Chou-Yu Tsai, an assistant professor of management at Binghamton University's School of Management. "If you feel that your leader or boss actually cares about you, you may feel more serious about the work you do for them."

Tsai and his fellow researchers wanted to determine how both the presence and lack of benevolence affects the job performance of followers.

They surveyed nearly 1,000 members of the Taiwanese military and almost 200 adults working full-time in the United States, and looked at the subordinate performance that resulted from three different leadership styles:

They also found that classical paternalistic leadership, which combines both benevolence and authoritarianism, had just as strong an effect on subordinate performance as benevolent-dominant leadership. Tsai said the reason for this phenomenon may extend all the way back to childhood.

"The parent and child relationship is the first leader-follower relationship that people experience. It can become a bit of a prototype of what we expect out of leadership going forward, and the paternalistic leadership style kind of resembles that of a parent," Tsai said.

"The findings imply that showing personal and familial support for employees is a critical part of the leader-follower relationship. While the importance of establishing structure and setting expectations is important for leaders, and arguably parents, help and guidance from the leader in developing social ties and support networks for a follower can be a powerful factor in their job performance," Dionne said.

Because of the difference in work cultures between U.S. employees and members of the Taiwanese military, researchers were surprised that the results were consistent across both groups.

"The consistency in the results across different cultures and different job types is fascinating. It suggests that the effectiveness of paternalistic leadership may be more broad-based than previously thought, and it may be all about how people respond to leaders and not about where they live or the type of work they do," Yammarino said.

Tsai said his main takeaway for managers is to put just as much or even more of an emphasis on the well-being of your employees as you do on hitting targets and goals.

"Subordinates and employees are not tools or machines that you can just use. They are human beings and deserve to be treated with respect," said Tsai. "Make sure you are focusing on their well-being and helping them find the support they need, while also being clear about what your expectations and priorities are. This is a work-based version of 'tough love' often seen in parent-child relationships."

Materials provided by Binghamton University. Note: Content may be edited for style and length.