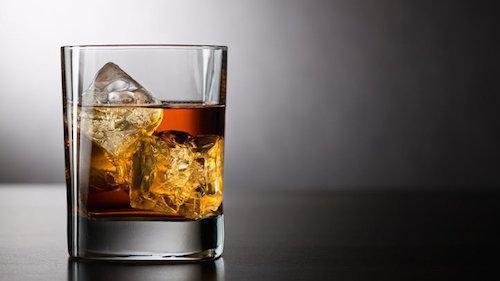 Your best friend has finally been debunked!

ZERO. That's right, there is no safe amount of alcohol to consume. However, scientists do agree that if you do drink, or have to, then red wine should be your drink of choice, because there are some good things in it, like resveratrol but that is not a good enough reason to start drinking, just eating grapes will do it for you!

This research is very important because it is in adolescence that most of us start to drink and each impressionable parent potentially plays a crucial part in the decision to start drinking; subconsciously of course! Very often, during our formative years and intrafamily dysfunctionality, only serves to exacerbate the problem. By the time many of us become adolescents, we have a psychological desire to try alcohol, accompanied by compunction, The desire often wins over the compunction and, according to this research, heads us in a direction from which some fail to recover, unless they reach out for some kind of groups (AA) or psychological/psychotherapeutic help. Of this type of help, hypnosis has an excellent record for those who do not feel comfortable in the group situation. Even for those that respond well to an AA type experience, hypnotherapy can really help them get ahead of their game. That's because it gets to the heart of the problem as well as its ability to reprogramme certain levels of brain function.

It is these subconscious anomalies within the child/adolescent/adult brain that create, support and maintain the need for alcohol. Alcohol stimulates the brain in ways that make it a desirable feeling to re-experience, over and over, to the point where our brain has difficulty to achieve this on its own, hence the dependency/addiction develops. Hypnosis teaches you the way to stimulate these brain states naturally, to find out more; there is a Free Consultation, an experience to discover the amazing power of self?

Hypnotherapy stands out as one of the most effective strategic life management methods there is, especially in its ability to promote good states of mental wellness. The behaviours that make life challenging are often a result of dysregulation of the neurotransmission in and across the brain (tantamount to mind), alcohol has some short-term perceived benefits but long-term, there are no benefits! So, to take back control of your mind; your life, it makes perfect sense to use a methodology that addresses the subconscious mind's role in perpetuating negative, vague and ambiguous states of mind, hypnosis helps us create calm relaxing states of mind that make life work better! If you would like to address any concerns you have in this direction, or, if you just want to make your life feel better,  then why not make an appointment for a Free Consultation? Hypnosis gives you the ability to have a good life!

Binge-drinking during adolescence may perturb brain development at a critical time and leave lasting effects on genes and behaviour that persist into adulthood. The findings, by researchers at the University of Illinois at Chicago College of Medicine using an animal model, are reported online in the journal Neurobiology of Disease.

“This may be the mechanism through which adolescent binge-drinking increases the risk for psychiatric disorders, including alcoholism, in adulthood,” says lead author Subhash Pandey, professor of psychiatry and director of neuroscience alcoholism research at UIC. Pandey and his colleagues used experimental rats to investigate the effects of intermittent alcohol exposure during the adolescent stage of development. On-and-off exposure to alcohol during adolescence altered the activity of genes needed for normal brain maturation, said Pandey, who is also a research career scientist at the Jesse Brown VA Medical Center. The gene alterations "increased anxiety-like behaviours and preference for alcohol in adulthood,” he said. The behavioural effects, he said, were due to "epigenetic" changes -- "which previous research has shown can be influenced through environmental substances, including alcohol." Epigenetic changes can be long-lasting or permanent in an individual. Previous studies have shown that some epigenetic changes can be heritable.

Epigenetic changes are chemical modifications of the DNA or of the proteins around which DNA is wound, like thread on a spool. Modification of these proteins, called histones, can change how loosely or tightly the DNA is wound. Genes that lie within DNA that is tightly wrapped around the histones are less active than they are if the DNA is loosely wrapped. The looser the DNA is coiled, the more accessible are the genes to the cellular machinery that "expresses" them. Epigenetic changes regulate many processes, including brain development and maturation during adolescence. Changes to the histones expose the genes needed to form new synaptic connections or to prune unneeded neurons.

To model adolescent binge-drinking in humans, the researchers gave 28-day-old rats alcohol for two days in a row, followed by two days off, and repeated this pattern for 13 days. Some rats were followed into adulthood and observed for abnormal behaviours. They were offered both alcohol and water, and their alcohol-drinking behaviour was monitored. Rats exposed to alcohol during adolescence exhibited changes in behaviour that lasted into adulthood, long after exposure to alcohol ended. They showed increased anxiety-like behaviours and drank more alcohol in adulthood. When the researchers analyzed tissue from a part of the brain called the amygdala, they found in the exposed rats that the DNA and histones appeared to be tightly wrapped. They also found increased levels of a protein called HDAC2, which modifies histones in a way that causes DNA to be wound tighter around them.

These epigenetic changes, in turn, were linked to the lowered expression of a gene that nerve cells need in order to form new synaptic connections. Pandey believes the lowered activity of this gene may be due to the tighter winding of its DNA. The diminished expression of the gene persisted in adulthood, even if alcohol exposure was stopped weeks before. The researchers observed diminished nerve connectivity in the amygdalae of these affected adult rats. “Our study provides a mechanism for how binge-drinking during adolescence may lead to lasting [epigenetic] changes ... that result in increased anxiety and alcoholism in adults,” Pandey said. Intermittent alcohol exposure "degrades the ability of the brain to form the connections it needs to during adolescence.”

“The brain doesn’t develop as it should, and there are lasting behavioural changes associated with this.” But a pharmacological experiment hinted at the possibility of a treatment. When adult rats that had been exposed to alcohol during adolescence were given a cancer drug known to block the activity of HDAC2, the drug restored expression of the gene needed for synapse formation. The DNA was observed to be less tightly coiled, as expected.

Most importantly, the rats exhibited less anxiety and reduced alcohol intake. “We aren’t sure if the drug needs to be given long-term during adulthood in order to completely reverse the harmful effects of adolescent alcohol exposure,” Pandey said. Further experiments with this and other epigenetic drugs are planned.

Amul Sakharkar, Lei Tang and Huaibo Zhang of the UIC College of Medicine are co-authors on the paper.

The research was funded by National Institute on Alcohol Abuse and Alcoholism grants AA-01997 (Neurobiology of Adolescent Drinking in Adulthood Project), AA-010005 and AA-013341, Department of Veterans Affairs Merit Review Grant I01BX000143, and by a Research Career Scientist Award to Subhash Pandey.

Materials provided by the University of Illinois at Chicago. Originally written by Sharon Parmet. Note: Content may be edited for style and length.