Scientists have discovered neurons that rapidly catch our mistakes 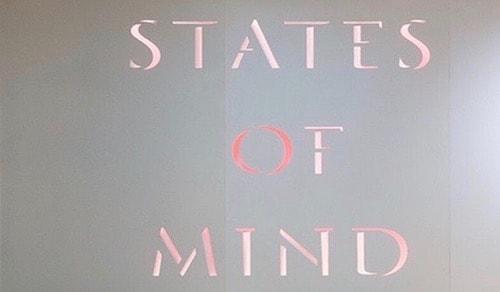 Isn't it nice to know that within your brain, there are individual cells monitoring your mistakes! It's even more interesting to know, that we can create states of mind that maximise the efficacy of those neurons to correct our mistakes; hypnotherapy can play a significant role in increasing the efficacy of our inbred error correction system . . .

The logical illogic of OCD!

An interesting study, specifically relating to the hierarchy of the dACC (dorsal Anterior Cingulate Cortex), with the MFC (medial frontal cortex), The frontal lobes form several different parts but a common theme among them is their relationship with our higher executive functioning, e.g. emotional processing, decisions, judgments evaluating, comparing etc. So it makes perfect sense that they take precedence over motor function, in part the correction of an error is somewhat dependent on a motor action or reaction. When it comes to how this is relating to OCD (obsessive-compulsive disorder), my understanding is that dysregulation within the ventral striatum (caudate nucleus and putamen) is involved in the creation and maintenance of this condition. The ventral striatum also connects to many parts of the frontal cortices, including the MFC, so that makes sense too. Perhaps the striatum affects the amplitude of the firing of error neurons within the MFC, thus inhibiting the required response to correct the behaviour and giving the motor cortex free rein to do its stuff? The striatum, as a whole, is part of the brain's basal ganglia, which is primarily concerned with motor function and since the compulsive side of OCD, is a physical response, albeit a consequence of thoughts, it's easier to see the connection. In addition to that, the medial thalamic nucleus has direct and indirect afferent and efferent connections with anterior prefrontal and orbitofrontal cortices. These regions play a predominant role in the executive functions relating to thoughts and behaviour. This is the part of the condition of OCD, where we make conscious and logical non-sense to the ritualistic nature of OCD. In essence, this is the seat of our conscious rationalisation of the condition. This is essential because we have to find ways to explain our behaviour, to ourselves!

Hopefully, there will be further studies to evaluate how these neurons work while under duress? In the meantime, hypnosis therapy (hypnotherapy) will be of immense help to many clients with this condition. It will assist that and enable the natural way the brain regulates itself through the acquisition of deeper and more peaceful states of mind. The mind, in my opinion, is the word that describes the language of the brain, which is akin to an electrochemical sensory processor. Our own spoken language, therefore, becomes the interface between the surface awareness of consciousness and deeper states of the nonconscious aspects of mind. In a hypnotic sense, the hypnotists' voice is to the subconscious, what the keyboard is to a coder, change the code and you change the life!

Hypnotherapy stands out because it is one of the most effective strategic life management methods there is. This is especially so because of its ability to promote clear thinking and good states of mental wellness. The behaviours that make life challenging are often a result of too much stress, too little sleep and too little by way of clarity! So, to take back control of your mind and your life, it makes perfect sense to use a methodology that addresses the subconscious mind's role in perpetuating negative, vague and ambiguous states of mind. Hypnosis helps us to create calm relaxing states of mind that make life work better! If you would like to address any concerns you have in this direction, or, if you just want to make your life feel better,  then why not make an appointment for a Free Consultation? Hypnosis gives you the ability to have a good life!

Everyone makes little everyday mistakes out of habit -- a waiter says, "Enjoy your meal," and you respond with, "You too!" before realising that the person is not, in fact, going to be enjoying your meal. Luckily, there are parts of our brains that monitor our behaviour, catching errors and correcting them quickly.

A Caltech-led team of researchers has now identified the individual neurons that may underlie this ability. The work provides rare recordings of individual neurons located deep within the human brain and has implications for psychiatric diseases like obsessive-compulsive disorder.

The work was a collaboration between the laboratories of Ralph Adolphs (PhD '93), Bren Professor of Psychology, Neuroscience, and Biology, and the Allen V. C. Davis and Lenabelle Davis Leadership Chair and director of the Caltech Brain Imaging Center of the Tianqiao and Chrissy Chen Institute for Neuroscience; and Ueli Rutishauser (PhD '08), associate professor of neurosurgery, neurology, and biomedical sciences, and Board of Governors Chair in Neurosciences at Cedars-Sinai Medical Center.

"Many people know the feeling of making a mistake and quickly catching oneself -- for example, when you are typing and press the wrong key, you can realize you made a mistake without even needing to see the error on the screen," says Rutishauser, who is also a visiting associate in Caltech's Division of Biology and Biological Engineering. "This is an example of how we self-monitor our own split-second mistakes. Now, with this research, we know which neurons are involved in this, and we are starting to learn more about how the activity of these neurons helps us change our behaviour to correct errors."

In this work, led by Caltech graduate student Zhongzheng (Brooks) Fu, the researchers aimed to get a precise picture of what happens on the level of individual neurons when a person catches themselves after making an error. To do this, they studied people who have had thin electrodes temporarily implanted into their brains (originally to help localise epileptic seizures). The work was done in collaboration with neurosurgeon Adam Mamelak, professor of neurosurgery at Cedars-Sinai, who has conducted such electrode implantations for clinical monitoring of epilepsy for over a decade and closely collaborated on the research studies.

While neural activity was measured in their medial frontal cortex (MFC), a brain region known to be involved in error monitoring, the epilepsy patients were given a so-called Stroop task to complete. In this task, a word is displayed on a computer screen, and the patients are asked to identify the colour of the text. Sometimes, the text and the colour are the same (the word "green" for example, is shown in green). In other cases, the word and the colour are different ("green" is shown in red text). In the latter case, the correct answer would be "red," but many people make the error of saying "green." These are the errors the researchers studied.

The measurements allowed the team to identify specific neurons in the MFC, called self-monitoring error neurons, that would fire immediately after a person made an error, well before they were given feedback about their answer.

For decades, scientists have studied how people self-detect errors using electrodes placed on the surface of the skull that measure the aggregate electrical activity of thousands of neurons. These so-called electroencephalograms reveal that one particular brainwave signature, called the error-related negativity (ERN), is commonly seen on the skull over the MFC right after a person makes an error. In their experiments, Fu and his colleagues simultaneously measured the ERN as well as the firing of individual error neurons.

They discovered two fundamental new aspects of the ERN. First, an error neuron's activity level was positively correlated with the amplitude of the ERN: the larger the ERN for a particular error, the more active were the error neurons. This finding reveals that an observation of the ERN -- a noninvasive measurement -- provides information about the level of activity of error neurons found deep within the brain. Second, they found that this ERN-single-neuron correlation, in turn, predicted whether the person would change their behaviour -- that is if they would slow down and focus more to avoid making an error on their next answer. If the error neurons fired but the brain-wide ERN signature was not seen or was weak, the person might still recognise that they made an error, but they would not modify their behaviour for the next task. This suggests that the error neurons need to communicate their error detection to a large brain network in order to influence behaviour.

The researchers found further specific evidence for parts of the circuit involved.

"We found error neurons in two different parts of the MFC: the dorsal anterior cingulate cortex (dACC) and the pre-supplementary motor area (pre-SMA)," says Fu. "The error signal appeared in the pre-SMA 50 milliseconds earlier than in the dACC. But only in the dACC was the correlation between the ERN and error neurons predictive of whether a person would modify their behaviour. This reveals a hierarchy of processing -- an organisational structure of the circuit at the single-neuron level that is important for executive control of behaviour."

The research could also have implications for understanding obsessive-compulsive disorder, a condition in which a person continuously attempts to correct perceived "errors." For example, some individuals with this condition will feel a need to repeatedly check, in a short time period, if they have locked their door. Some people with an obsessive-compulsive disorder have been shown to have an abnormally large ERN potential, indicating that their error-monitoring circuitry is overactive. The discovery of error neurons might facilitate new treatments to suppress this overactivity.

The researchers next hope to identify how the information from error neurons flows through the brain in order to produce behavioural changes like slowing down and focusing. "So far, we have identified two brain regions in the frontal cortex that appears to be part of a sequence of processing steps, but, of course, the entire circuit is going to be much more complex than that," says Adolphs. "One important future avenue will be to combine studies that have a very fine resolution, such as this one, with studies using fMRI [functional magnetic resonance imaging] that give us a whole-brain field of view."

Materials provided by the California Institute of Technology. Note: Content may be edited for style and length.