Children drinkers more likely to marry someone with a drinking problem 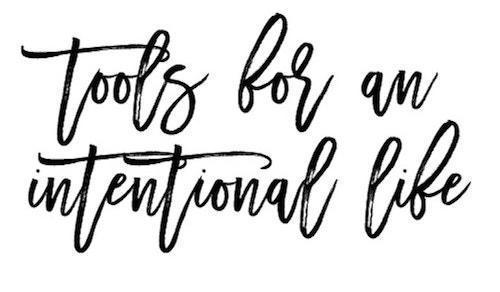 It is often a sad reality, that the decisions we make, be it as an adolescent or adult, about how our life will pan out, are often made too late to be fully and effectively implemented. What often gets in the way are the emotional memories formed, outside of conscious awareness, as a child but, there is a solution . . .

How life starts, can determine how it plays out!

It is not uncommon for a client to say, "I swore to myself that I would never treat my children the way my parents treated me." The reason they came to see me, is because they are now doing exactly what they said they would not do. The comment itself is an adult conscious iteration of an outcome they desire, the outcome being, to be closer to their parent(s). An adult yearning for a childhood experience they never had. The illogical logic being, "if I behave like my parent, they will love me!" Of course, this kind of scenario is not always the case but it holds true in many clients I have worked with.

The way that this kind of research helps clients, is the degree to which they, or their parents, are aware of it and in time to take preemptive action, an action that could lead to early intervention and prevent the seemingly doomed relationship from developing. Or in the case of an existing relationship, get both parties into some kind of therapeutic programme with the prospect of a functional and more normal loving relationship as the outcome!

It seems that many of the strategies that we develop as adults, come about as a consequence of applying an adult, logical, rational and intellectual perspective to behaviour we cannot explain. Very often this comes about as a result of the way the child mind views, analyses and stores childhood memories of a pleasant or unpleasant experience. The child mind, not too dissimilar to its adult counterpart, has to make decisions and choices relative to an emotion/feeling they are experiencing, however, their brain is not developed enough to do this in an adult way. Nevertheless, they do it in a way that makes life containable. The issue can later develop into psychopathology (mostly in the context of a behavioural disorder), which then leads to some form of dysfunctionality. And no strata of society is immune from this anomaly!

These and many other types of life issues are mostly a consequence of the disparity between episodic and semantic memory. The former being an autobiographical account of our life (our younger life, in this example), e.g. what, when, where, how etc. Many of these memories are often not even within our ability to recall, or maybe not easily so! The latter being our general knowledge of things and the more we learn, the more intellectual we become, the greater the prospect of corrupting earlier episodic memories. Therapy, especially hypnotherapy, gives us the opportunity to reevaluate life and reconsolidate corrupted childhood memories and thus lead us towards a fully functional life. The sage adage being, the earlier you come for therapy, the easier it can be to unravel the memories and the less work there often is? C'est la Vie!

"There are many pathways through which a parent's alcohol problems can influence our own risk for alcohol problems. One important pathway, of course, has to do with the genes that parents pass to their children," said the study's lead author, Jessica E. Salvatore, PhD, an assistant professor in the Department of Psychology in the College of Humanities and Sciences at VCU. "But another important pathway, which we demonstrate here, is through the social environment."

The study, "Parental Alcohol Use Disorder and Offspring Marital Outcomes," was published in the most recent issue of the journal Addiction. It is based on data from legal, medical and pharmacy registries with detailed information on 1.17 million people in Sweden who were born between 1965 and 1975.

"Although there have been many studies along these lines in the past, there were some key methodological limitations to these prior studies, including the reliance on small samples," Salvatore said. "We were able to leverage the Swedish national registries to look at these questions in a large sample of over 1 million people."

"We know from previous research that who you marry plays a big part in whether you develop an alcohol problem," Salvatore said. "What we found in this study is that who you marry is not random -- and, in fact, the people who are at greatest risk for developing an alcohol problem (because they have an affected parent) are most likely to end up with a spouse who is going to exacerbate this risk."

"In this case, we found that you do marry someone who is like your parents," Salvatore said.

The researchers also found that most of these effects become stronger when the number of parents with alcohol use disorder increases from one to two. Most effects also held after statistically controlling for parents' socioeconomic status, marital history, other externalizing disorders, and the offspring's own alcohol use disorder status.

Additionally, daughters of affected mothers are more likely to have an affected spouse, the researchers found.

The researchers were interested in their findings because previous research has shown that forming and maintaining romantic relationships with "prosocial" spouses reduces one's risk of developing alcohol use disorder.

"And what we find here is that people who are at risk of developing AUD (by virtue of growing up with an AUD-affected parent) are less likely to find themselves in these types of protective marital environments," Salvatore said.

From a practical standpoint, she said, the study's findings could be useful for clinicians and others who work with the offspring of parents with alcohol use disorder to raise awareness of how parental AUD can influence the types of social environments that can increase one's risk for alcohol use disorder.

"There are large international organizations, like Al-Anon and Alateen, that are geared towards helping and supporting the family members, and in particular children of people affected by alcohol use disorders," Salvatore said. "I think that there is a role for findings like ours as part of these types of family education programs. Specifically, becoming aware of how a parent's alcohol problem might shape one's own likelihood of ending up in the kind of marriage that will increase the risk for alcohol problems may help people choose differently."

Materials provided by Virginia Commonwealth University. Note: Content may be edited for style and length.