Unrelated events are linked in memory when they happen close together 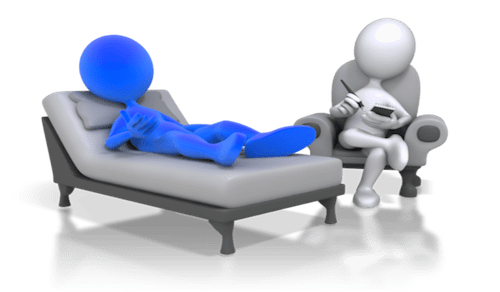 Life, to a certain extent, is the accumulation of all of our memories. The quality of our life is somewhat dependent on how those memories interact with each other and what the ultimate story of our life looks and feels like . . . . .

The power of classical conditioning!

This research is a good example of how we become enmeshed in anxiety-type behaviours and parallels the work done when scientists use classical - Pavlovian - conditioning on lab rats. Usually, the pairing of light with an electric shock and over a short course of time, the rat responds to the light as if it were a shock. Clearly, the rat will have an awareness of both the light and the shock but will be somewhat oblivious to the link between them, especially when the light alone elicits the fear response that initially came from just the shock.

It would be reasonable to assume that with our intelligence and understanding, that we would not be so easily fooled but life presents itself in far more subtle ways and we too can fall victim to such mental sleights of hand. Imagine a young couple who have been going out for almost a year, he makes a reservation at a very nice restaurant and she's convinced he's going to propose but at the dinner, he tells her he's met someone else and dumps her! She is heartbroken, bereft and it takes her months to get over it. Five years later, happily married and with a two-year-old son, it's her birthday and her husband makes a reservation at a very nice restaurant. During dinner, they are all having fun . . . when all of a sudden an overwhelming feeling of foreboding comes over her and she bursts out crying! Anxiety can occur, just like that.

She will have all the memories of the event of five years ago but will unlikely make the connection between the family dinner and the moment her younger lover broke her heart. To me, this research proves that these types of emotional events, whilst clearly part of her declarative memory, also involve other brain regions to store emotional memories. The emotion of the breakup with her boyfriend and the birthday dinner had sufficient sensory stimuli to elicit that older memory and can result in the onset of an anxiety disorder.

I see this time and time again with clients when there is evidence of the declarative/explicit type of memory (the ability to remember events, times, place etc.) but a total lack of awareness of there being a specific, and perhaps separate, type of emotional memory related to it. It is possible, that without the presence of any sensory stimuli one could recall the memory without emotion and yet, without any thought or memory, but with the presence of sufficient sensory stimuli, one could experience the full force of the emotion of the event but be oblivious as to the cause! At this point, we will make up the reason or the excuse because we have to justify our feelings. Now 9reverting to the scene above), she is convinced her husband has found someone else!

In life, we can either learn to manage our mind (brain language) or let it manage us! Hypnotherapy has a unique way of allowing us to align our mind with reality and, also, discover ways that make life feel and work better. If your life is a little off course and you have too many unexplained emotions and behaviours, maybe it's time for some hypnosis? You have nothing to lose; except your problem!

When two events occur within a brief window of time they become linked in memory, such that calling forth a memory of one helps retrieve memory for the other event, according to research published in Psychological Science, a journal of the Association for Psychological Science. This happens even when temporal proximity is the only feature that the two events share.

"Our research shows that people are constantly recording information about the order in which events happen, even if those events are unrelated. They can then use the order to help search memory," explains psychological scientist M. Karl Healey of Michigan State University.

Memory scientists have long been interested in determining whether temporal proximity acts as a tether of sorts that connects memories for different events. In most studies, researchers have tried to examine the phenomenon by asking people to memorise lists of words in the lab, but it is unclear how well this lab-based approach translates to memory for real-world events.

"In the fall of 2016, I was obsessing over US election coverage and it occurred to me that many other people probably were, too. This provided the opportunity for a more naturalistic test -- we could ask people to remember news stories rather than word lists," Healey explains.

In one online study, Healey and coauthor Mitchell G.Uitvlugt collected and analysed data following Election Day in 2016. The study participants had 7 minutes to recall as many election-related news stories as they could -- for each story, they also drafted a short newspaper-style headline.

Healey and Uitvlugt identified actual news stories that corresponded with the headlines generated by the participants, noting the date that the stories appeared. For their analyses, the researchers did not include stories that were not associated with specific election-related events. This process yielded 7,759 headlines from 855 participants.

The researchers then calculated a lag score that measured the transition, in days, from one headline in a participant's story sequence to the next.

The results showed that participants tended to recall stories in time-based clusters: Short transitions between stories (0 to 10 days) were much more common than would be expected according to chance. Furthermore, long transitions of more than 50 days were less frequent than one would expect by chance. The analyses showed that what participants remembered wasn't due to news events naturally clustering close together in time but rather the clustering of stories together in memory.

This pattern held even after the researchers accounted for the similarity between events. And a second online study, in which a separate group of 561 participants recalled news stories from the previous 4 months, showed similar results.

"I was surprised at how well these real-world data agreed with lab data," says Healey. "Although remembering world events you've read about over the course of months seems different than memorising a list of random words presented over the course of minutes, at a fundamental level it seems both are governed by the same principles."

Uitvlugt and Healey point out that the participants could not have prepared for the memory task, which rules out the possibility that participants used specific strategies when the events occurred to aid subsequent recall. Instead, the findings suggest that our memories are tagged with time-correlated information as we encode them and that this information can be used when we search memory later on.

"This research tells us something about memory in general. It suggests we all have a tendency to bind events together in memory when they occur near together in time," Healey says.

Materials provided by Association for Psychological Science. Note: Content may be edited for style and length.

Association for Psychological Science. "Unrelated events are linked in memory when they happen close together." ScienceDaily. ScienceDaily, 17 December 2018. <www.sciencedaily.com/releases/2018/12/181217101807.htm>