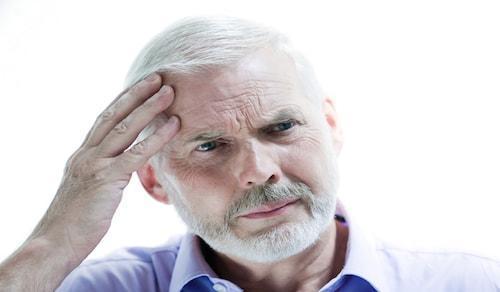 If you want to live a long and happy life, it is imperative that you have the mental awareness you will need to create the memories of a beautiful retirement. What's the point of living to a ripe old age, only to have every day appear as a totally new experience, void of the memories of yesterday  . . .

When it comes to change, sooner is better!

Some of the most important things that can affect us in our old age are based on how soon we make some of our life-changing choices. For example, stopping smoking, lower or stop our alcohol intake, getting smart about our diet and, maybe a regular exercise routine. Doing them because they are the right thing to do, ahead of having to do them because . . . However, one of the few things we practice from a young age is the art of relaxation. This is important because the relaxation response is the counterpart to the stress response and while research cannot find a direct link between chronic stress and hypertension. But they do know that while we are stressed blood pressure is usually elevated and it often leads to insomnia, poor digestion and disturbed bowel movement. Perhaps the biggest disruption to our daily life, though, is the anxiety that almost always accompanies distress and that too raises blood pressure.

So, the study below offers some proof that lowering blood pressure can slow down or mitigate the early onset of cognitive decline. Starting life-changing and easy to do, breathing exercises, relaxation and effective stress management could put you ahead of the curve, why wait until you get old to start life-changing habits? Old age is the time in our lives when we get to choose what we want to do, when and how often we want to do it. Wouldn't it be a tragedy to reach that time in life when we no longer have to work, only to find out that nothing else works either! If you want to get the best out of life, then hypnotherapy can help you to get the best out of yourself!

Intensive control of blood pressure in older people significantly reduced the risk of developing mild cognitive impairment (MCI), a precursor of early dementia, in a clinical trial led by scientists at Wake Forest School of Medicine, part of Wake Forest Baptist Health. However, the National Institutes of Health-supported Systolic Blood Pressure Intervention Trial (SPRINT) Memory and Cognition in Decreased Hypertension (SPRINT-MIND) study did not prove that treating blood pressure to a goal of 120 mm Hg or less statistically reduced the risk of dementia. This result may have been due to too few new cases of dementia occurring in the study, the authors noted.

The results were reported in the January 28 edition of the Journal of the American Medical Association.

"As doctors treating older patients, we are encouraged to finally have a proven intervention to lower someone's risk for MCI," said the study's principal investigator, Jeff Williamson, M.D., professor of gerontology and geriatric medicine at Wake Forest School of Medicine. "In the study, we found that just three years of lowering blood pressure not only dramatically helped the heart but also helped the brain."

The objective of the SPRINT MIND was to evaluate the effect of intensive blood pressure control on the risk of dementia. Hypertension, which affects more than half of people over age 50 and more than 75 per cent of those older than 65, has been identified as a potentially modifiable risk factor for MCI and dementia in previous observational studies.

The clinical trial, which enrolled 9361 volunteers, was conducted at 102 sites in the United States and Puerto Rico among adults 50 and older with hypertension but without diabetes or a history of stroke. The participating group was 35.6 per cent female, 30 per cent black and 10.5 per cent Hispanic and thus representative of the broader U.S. population.

Participants were randomly assigned to a systolic blood pressure goal of either less than 120 mm Hg (intensive treatment) or less than 140 mm Hg (standard treatment). They were then classified after five years as having no cognitive impairment, MCI or probable dementia.

"Although the study showed a 15 per cent reduction in dementia in the intensively controlled group, we were disappointed that the results did not achieve statistical significance for this outcome," Williamson said. "Last week the Alzheimer's Association agreed to fund additional follow-up of SPRINT MIND participants in the hope that sufficient dementia cases will accrue, allowing for a more definitive statement on these outcomes."

SPRINT was stopped early due to the success of the trial in reducing cardiovascular disease. As a result, participants were on intensive blood pressure-lowering treatment for a shorter period than originally planned. The authors concluded that the shorter time may have made it difficult to accurately determine the role of intensive blood pressure control in dementia cases.

Williamson said some caution should be exercised in interpreting the study result both because MCI was not the primary cognitive focus of the trial and because it is not clear what intensive blood pressure control may mean for the longer-term incidence of dementia. Although MCI considerably increases the risk of dementia, this progression is not inevitable and reversion to normal cognition is possible, he said.