scientists add value to the role of the lingual gyrus, lost for words? 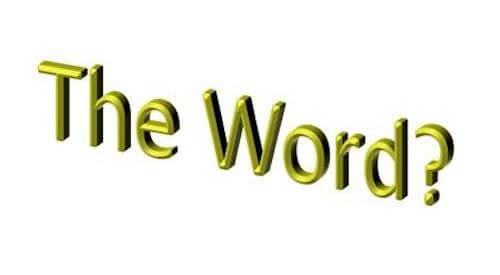 "It deosn't mttaer in waht oredr the ltteers in a wrod are, the olny ipmrtoant tihng is taht the frist and lsat ltteer be at the rghit pclae. This is because a word is a picture and a picture is a thousand words, apaprnelty. . .

A picture is a 1000 words but a word is only one picture!

The most likely candidate for this research is the lingual gyrus, also known as the medial occipitotemporal gyrus. Despite its name, it actually had very little to do with speech. It got its name because it is the shape of a tongue. To add even more intrigue, the lingual gyrus is actually a part of the occipital lobe and thus, the visual cortex. At the anterior (front) end it joins the parahippocampal gyrus (PG) and that makes perfect sense because of the role of memory and spatial orientation/location the PG plays in memories. Principally it plays an important role in the recognition of words and considering the many ways that words can be represented, seeing words as pictures show how adaptable the brain actually is.

It would seem likely that with our eyes closed, the conversations in our head, our self-talk, would also likely be formed in pictures because the lingual gyrus is also implicated in dreaming and, perhaps, another reason why hypnosis is so effective. While the hypnotherapist talks to the client, in trance, the brain is converting the dialogue into pictures that are fed into the subconscious brain is a form of malleable neural code that stimulates vase areas that are related to or linked with the sense of vision as well as sound!

When we look at a known word, our brain sees it like a picture, not a group of letters needing to be processed. That's the finding from a Georgetown University Medical Center (GUMC) study published in the Journal of Neuroscience, which shows the brain learns words quickly by tuning neurons to respond to a complete word, not parts of it.

Neurons respond differently to real words, such as turf than to nonsense words, such as turt, showing that a small area of the brain is "holistically tuned" to recognize complete words, says the study's senior author, Maximilian Riesenhuber, PhD, who leads the GUMC Laboratory for Computational Cognitive Neuroscience.

"We are not recognizing words by quickly spelling them out or identifying parts of words, as some researchers have suggested. Instead, neurons in a small brain area remember how the whole of the word looks -- using what could be called a visual dictionary," he says.

This small area in the brain, called the visual word form area, is found in the left side of the visual cortex, opposite from the fusiform face area on the right side, which remembers how faces look. "One area is selective for a whole face, allowing us to quickly recognize people, and the other is selective for a whole word, which helps us read quickly," Riesenhuber says.

The study asked 25 adult participants to learn a set of 150 nonsense words. The brain plasticity associated with learning was investigated with functional magnetic resonance imaging (fMRI), both before and after training.

Using a specific fMRI technique know as fMRI-rapid adaptation, the investigators found that the visual word form area changed as the participants learned the nonsense words. Before training the neurons responded like the training words were nonsense words, but after training the neurons responded to the learned words like they were real words. "This study is the first of its kind to show how neurons change their tuning with learning words, demonstrating the brain's plasticity," says the study's lead author, Laurie Glezer, PhD.

The findings not only help reveal how the brain processes words but also provides insights into how to help people with reading disabilities, says Riesenhuber. "For people who cannot learn words by phonetically spelling them out -- which is the usual method for teaching reading -- learning the whole word as a visual object may be a good strategy."

In fact, after the team's first groundbreaking study on the visual dictionary was published in Neuron in 2009, Riesenhuber says they were contacted by a number of people who had experienced reading difficulties and teachers helping people with reading difficulties, reporting that learning a word as visual objects helped a great deal. That study revealed the existence of a neural representation for whole written real words -- also known as an orthographic lexicon -- the current study now shows how novel words can become incorporated after learning in this lexicon.

"The visual word form area does not care how the word sounds, just how the letters of the word look together," he says. "The fact that this kind of learning only happens in one very small part of the brain is a nice example of selective plasticity in the brain."