Neuroscientists create ‘atlas’ of how words are organised in the brain 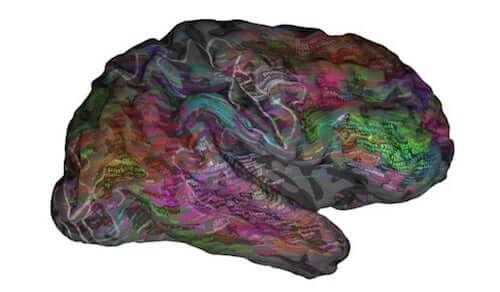 This research epitomises my views and beliefs on life and therapy.

Understand this, and you could possibly understand life itself!

For more than ten years now, I have been creating and developing my own style of hypnotherapy and the methodology that supports it. This was initially a consequence of observing a relative with a traumatic brain injury (TBI). Apart from observing physical symptoms, like difficulty locating and putting on their flipflop (the opposite side to the, left, brain injury), I noticed some slurred speech, also, knowing who people were but being unable to say their name and, most significantly, a total change in their character. For example, abuse, aggression and confusion were the new normal. Like most TBI patients, the brain reorganised itself and to a large degree, eventually, a more normal, normality resumed.

It was this experience that persuaded me to more intensively research the brain and mind and over the following years, I began to change my view of "us," versus our brain and mind. In that sense, a reversal of the "normal" view of self, becoming the new normal. Meaning, normally we think of our-self as a unique individual who has a brain-mind, I now view "us" as being the brain-mind and the other part of "our-self" (our consciousness) standing outside of this duality as an observer. To a degree, our consciousness is like a UN observer, with the power to intervene (free will, conscience etc.). What shaped this view, is my research into the brain and mind and how it guides and directs everything that makes us human. It also, perhaps, explains everything that makes us inhuman? To that end, I see the mind as the language of the brain, its communication system, so to speak and what a communication system it is. To add to this complexity, the language we use and the way we use it is, therefore, instrumental in shaping the quality and feel of our life.

This research highlights how language, where it is stored in our brain and how our brain processes that information relates to the quality of our lives. The sensory input from the world outside links to words and phrases in our brain, which are intrinsic to meaning, this is then translated within the internal communication system within the brain. That then stimulates and directs the brain to a) help us acquire well-being and b) to avoid danger, a) equals Love/growth and b) equals Fear/protection, the fundamentals of life and living!

As my theory developed I began to see language patterns emerge that one could relate to many, if not all, of the psychological problems people have. There were clear links between the words and phrases people used and their states of mind. For example, people with a positive mindset tended to use more clarity in their speech, meaning there was far far less vagueness and/or ambiguity; they knew what they wanted. On the other hand, there were those with a predominantly negative mindset, their language was plagued with vagueness and ambiguity; they thought they knew what they wanted but it was stated so haphazardly, that their poor brain was left in a state of confusion and charged with the responsibility to work out, what they want!

Essentially, what we want is to have the states of body and mind that make us feel well, fulfilled, complete, this state is known as the state of inner love (self-love). Romantic love allows us to experience this feeling in an abundant way, but, it is not sustainable. Narcotics are another way to experience this euphoric feeling but they are not sustainable either (at least not without detriment to normality). So, as an answer, organisations/psychologists perfected the art of consumerism, now we can get that feeling, anytime we want, as long as you have the money to sustain it? Of course, there are many other ways we attempt to get this feeling; the feeling of Love. It is the feeling that allows our whole being to function in a positively life-sustaining way. Even though the majority of people do not have the money to sustain it, a large number of them can borrow the money, hence the swelling levels of debt in the world. Been there, done that, didn't like it but . . . still, have the Tee shirts!

However, whether you have the money or borrow it, this is a fool's paradise because this type of love is the outside-in variety and love, from a human brain-mind perspective, is an inside-out affair. So, in order to have a fulfilling life, we must find love (as in, a chemical brain experience) from within ourselves. Essentially, once you find and like what is on the inside, the outside no longer seems that important and you begin to have a far more important perspective on life.

So, in conclusion, I studied the brain-mind function and related that to the ways the brain stores language and how we then think. This then creates all the aspects of mental dysfunctionality that lead to an unstable life. Change the way we use language and we change behaviour and that then changes everything else!

Scientists have created an “atlas of the brain” that reveals how the meanings of words are arranged across different regions of the organ.

Like a colourful quilt laid over the cortex, the atlas displays in rainbow hues how individual words and the concepts they convey can be grouped together in clumps of white matter.

“Our goal was to build a giant atlas that shows how one specific aspect of language is represented in the brain, in this case, semantics, or the meanings of words,” said Jack Gallant, a neuroscientist at the University of California, Berkeley.

No single brain region holds one word or concept. A single brain spot is associated with a number of related words. And every single word lights up many different brain spots. Together they make up networks that represent the meanings of each word we use: life and love; death and taxes; clouds, Florida and bra. All light up their own networks.

Scientists have created an interactive map showing which brain areas respond to hearing different words. you can view it here

Described as a “tour de force” by one researcher who was not involved in the study, the atlas demonstrates how modern imaging can transform our knowledge of how the brain performs some of its most important tasks. With further advances, technology could have a profound impact on medicine and other fields.

“It is possible that this approach could be used to decode information about what words a person is hearing, reading, or possibly even thinking,” said Alexander Huth, the first author of the study. One potential use would be a language decoder that could allow people silenced by motor neurone disease or locked-in syndrome to speak through a computer.

To create the atlas, the scientists recorded people’s brain activity while they listened to stories read out on The Moth Radio Hour, a US radio show. They then matched the transcripts of the stories with the brain activity data to show how groups of related words triggered neural responses in 50,000 to 80,000 pea-sized spots all over the cerebral cortex.

Huth used stories from The Moth Radio Hour because they are short and compelling. The more enthralling the stories, the more confident the scientists could be that the people being scanned were focusing on the words and not drifting off. Seven people listened to two hours of stories each. Per person, that amounted to hearing roughly 25,000 words- and more than 3,000 different words - as they lay in the scanner.

The atlas shows how words and related terms exercise the same regions of the brain. For example, on the left-hand side of the brain, above the ear, is one of the tiny regions that represent the word “victim”. The same region responds to “killed”, “convicted”, “murdered” and “confessed”. On the brain’s right-hand side, near the top of the head, is one of the brain spots activated by family terms: “wife”, “husband”, “children”, “parents”.

Each word is represented by more than one spot because words tend to have several meanings. One part of the brain, for example, reliably responds to the word “top”, along with other words that describe clothing. But the word “top” activates many other regions. One of them responds to numbers and measurements, another to buildings and places. The scientists have created an interactive website where the public can explore the brain atlas.

Strikingly, the brain atlases were similar for all the participants, suggesting that their brains organised the meanings of words in the same way. The scientists only scanned five men and two women, however. All are native English speakers, and two are authors of the study published in Nature. It is highly possible that people from different backgrounds and cultures will have different semantic brain atlases.

Armed with the atlas, researchers can now piece together the brain networks that represent wildly different concepts, from numbers to murder and religion. “The idea of murder is represented a lot in the brain,” Gallant said.

Uri Hasson, a neuroscientist at Princeton University, praised the work. Unlike many studies that looked at brain activity when an isolated word or sentence was spoken, Gallant’s team had shed light on how the brain worked in a real-world scenario, he said. The next step, he said, was to create a more comprehensive and precise semantic brain atlas. Ultimately, Hasson believes it will be possible to reconstruct the words a person is thinking from their brain activity. The ethical implications are enormous. One more benign use would see brain activity used to assess whether political messages have been effectively communicated to the public. “There are so many implications, and we are barely touching the surface,” he said.

Lorraine Tyler, a cognitive neuroscientist and head of the Centre for Speech, Language and the Brain at Cambridge University said the research was a “tour de force in its scope and methods”. But the brain atlas in its current form does not capture fine differences in word meanings. Take the word “table”. It can be a member of many different groups, says Tyler. “It can be something to eat off, things made of wood, things that are heavy, things having four legs, non-animated objects, and so on. This kind of detailed semantic information that enables words to be used flexibly is lost in the analysis,” she said. “While this research is path-breaking in its scope, there is still a lot to learn about how semantics is represented in the brain.”