Altruism, the art of being happy for someone else, where does it start 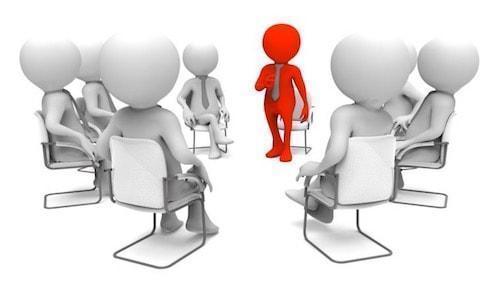 In a world where every day we read about the selfish and horrible acts of humans, against other humans, even animals don't escape this malaise that has existed since ancient to modern times, it's nice to see the seat altruism emerge . . .

Altruism, when every bone in your body is a good one!

This is an inspirational and welcome piece of research by the University of Missouri-Columbia. And it amplifies the way in which young people have taken a stand against the establishment, as seen in the Marjory Stoneman Douglas High School in Parkland, Florida or the 16-year-old teen, Greta Ernman Thunberg is a Swedish climate activist who is bringing attention to the serious plight of our planet while politicians and businesses count the cost of climate change, it’s nice to know that someone, of such a tender age, is counting the cost of a changing climate!

So, the responsibility falls on people who are now tasing young children because a fundamental shift in thinking and behaving needs to occur so that our grandchildren can go to school in peace on a piece of earth that may otherwise now be a seaside resort, albeit there will be no fun at the fair!

in the work I do with children and adolescents, I cannot help but notice the role that parents play in shaping the minds of their children and the shape of the world they will ultimately inherit. This is not a parent bashing exercise because most parents love their children (definitely not all do though) and would not willingly or knowingly want to hurt them sadly though, that is often what happens. The reasons for this are stored deep in the psyche of the parents and this becomes obvious when you hear an adult say, “I said I’d never treat my kids, the way my parents treated me!” But, that’s exactly what happens. These adults invariably have a bad relationship with one or both of their parents and the simple explanation is, if I behave like them, they will love me! Of course, this is illogical and most would rebuke the notion of that logic but how do you account for the illogic of doing the opposite of what they promised themselves, never to treat their children . . . ?

So, as a hypnotherapist, I hope and pray that each time a child and their family gets to see the lights, I have made one small step for therapy and one giant step for mankind! RIP Neill Armstrong!

For more information on the Free Consultation

- Go Here - Or to book your Free Consultation today, you can do so Here

Developmental psychologists have long debated whether individuals volunteer and help others because they are sympathetic or whether they are sympathetic because they are prosocial. Now, new research from the University of Missouri helps clarify some of the confusion, which could lead to better interventions to promote positive behaviours in adolescents and clues as to what makes some individuals altruistic.

"This research has tremendous implications for understanding those individuals who we think of as moral exemplars, individuals who commit themselves to certain causes or other forms of generosity -- people such as Mahatma Gandhi, Cesar Chavez, Martin Luther King Jr. and others," Carlo said. "We want to know which developmental processes led these individuals to eventually manifest altruistic behaviours that set them apart from other individuals. For every one of those individuals who became famous, thousands of others exist who are doing fantastic work and helping to improve our society on a day-to-day basis."

To increase prosocial behaviours among adolescents, and among boys, in particular, attention should focus on changing the social environment so it encourages boys and girls to express their prosociality, Carlo said.

"Unfortunately, in our society, the pressures for boys to act tough and do not express what's seen as a sign of weakness is suppressing prosocial behaviours," Carlo said. "We need to pay attention to adolescents' contexts and their socialization groups. Prosocial behaviours clearly are natural tendencies, and unfortunately, some cultural contexts make it difficult for adolescents to express those tendencies, which should be signs of strength and not weakness. We need to get that message across and make it easier for kids to express what's innately inside of them."

The above post is reprinted from materials provided by the University of Missouri-Columbia. Note: Materials may be edited for content and length.