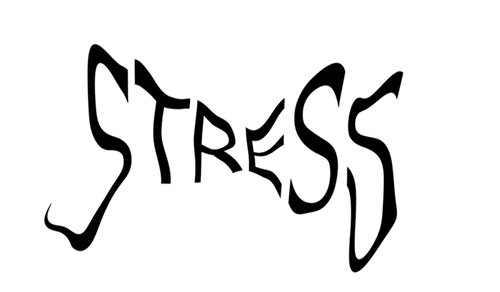 If you want to live a happy, productive and fulfilling life, you absolutely must keep anxiety and stress under wraps. You just cannot be highly stressed, for too long or, too often and there not be consequences but how do you achieve that . . .

Making life better by being calmer!

Quite an interesting study, in the sense, that the researchers make it appear they have discovered something, seemingly unique than may otherwise be the case? That said, in regards to their intention,i.e. to replace stem cells that are no longer produced in the numbers they once were in the younger more agile adult brain! Neural stem cells (NSC), are naturally produced in the subgranular zone, area of the hippocampal formation, a part of the dentate gyrus. NSC evolve mostly as radial glial cells that can differentiate into almost any other cell type and multiple times, another type of NSC are radial glial progenitor cells, which have a limited ability to differentiate and also produce neuroblasts, which produce 1 neuron and 1 radial glial cell. So, in that sense, the brain keeps replenishing itself, a process called neurogenesis. Hippocampal stem cells also play a large part in the processes of memory and learning.

At this point, you may be asking, what's with all this stuff about neural stem cells and planting them in our brain? Well, if you know anyone with Alzheimer's or dementia, you will understand the importance of NSC to our overall experience of life. Dementia/Alzheimer's starts in a part of the hippocampus (parahippocampal gyrus) called the entorhinal cortex. Psychological and oxidative stress greatly affects the production and quality of NSC's, in particular, the production of astrocytes, the most numerable type of glial cell in the brain. The driver of this Alzheimers itself is Amyloid beta (Aβ), a peptide of specific amino acids. While the researchers have discovered something that may be of great benefit to Alzheimer's patients in the future, we need to stay grounded in the present. That means finding ways to help clients manage their anxiety and stress levels. The stress/astrocyte link is a major factor in the development and maintenance of, major depressive disorder. A condition that is believed to affect one-fifth of the world's population!

Hypnosis is a proven and effective way to affect change, at the level of your brain, that can lead to reestablishing relatively normal states of brain function. Hypnotherapy can enable parts of the brain that is tantamount to a rewrite of the neural code that changes the way certain memory, or memories, express themselves, change that and you can potentially change everything! Once these memories have been rewritten (consolidation/reconsolidation), the new neural code becomes mostly permanent. With perhaps the exception of some potential for another similar type of stress-related memory/event/experience occurring in the future; but that can also be treated in similar ways!

Although brains -- even adult brains -- are far more malleable than we used to think, they are eventually subject to age-related illnesses, like dementia, and loss of cognitive function.

Someday, though, we may actually be able to replace brain cells and restore memory. Recent work by Ashok K. Shetty, PhD, a professor in the Department of Molecular and Cellular Medicine, associate director of the Institute for Regenerative Medicine, and research career scientist at the Central Texas Veterans Health Care System, and his team at the Texas A&M Health Science Center College of Medicine hints at this possibility with a new technique of preparing donor neural stem cells and grafting them into an aged brain.

Shetty and his team took neural stem cells and implanted them into the hippocampus -- which plays an important role in making new memories and connecting them to emotions -- of an animal model, essentially enabling them to regenerate tissue. Findings were published in the journal Stem Cells Translational Medicine.

"We chose the hippocampus because it's so important in learning, memory and mood function," Shetty said. "We're interested in understanding ageing in the brain, especially in the hippocampus, which seems particularly vulnerable to age-related changes." The volume of this part of the brain seems to decrease during the ageing process, and this decrease may be related to age-related decline in neurogenesis (production of new neurons) and the memory deficits some people experience as they grow older.

The aged hippocampus also exhibits signs of age-related degenerative changes in the brain, such as chronic low-grade inflammation and increased reactive oxygen species.

"We're very excited to see that the aged hippocampus can accept grafted neural stem cells as superbly as the young hippocampus does and this has implications for treating age-related neurodegenerative disorders," said Bharathi Hattiangady, assistant professor at the Texas A&M College of Medicine and co-first author of the study. "It's interesting that even neural stem cell niches can be formed in the aged hippocampus."

Shetty's previous research focused on the benefits of resveratrol (an antioxidant that is famously found in red wine and the skin of red grapes, as well as in peanuts and some berries) to the hippocampus. Although the results indicated great benefit for preventing memory loss in ageing, his latest work demonstrates a way to affect the function of the hippocampus more directly.

For this latest research, the team found that the neural stem cells engrafted well onto the hippocampus in the young animal models (which was expected) as well as the older ones that would be, in human terms, about 70 years old. Not only did these implanted cells survive, but they also divide several times to make new cells.

"They had at least three divisions after transplantation," Shetty said. "So the total yield of graft-derived neurons and glia (a type of brain cell that supports neurons) were much higher than the number of implanted cells, and we found that in both the young and aged hippocampus, without much difference between the two."

"What was really exciting is that in both old and young brains, a small percentage of the grafted cells retained their 'stemness' feature and continuously produced new neurons," Hattiangady said. This is called creating a new 'niche' of neural stem cells, and these niches seemed to be functioning well. "They are still producing new neurons at least three months after implantation, and these neurons are capable of migrating to different parts of the brain."

Past efforts to rejuvenate brains using fetal neurons in this way weren't nearly as successful. Immature cells, such as neural stem cells, seem to do a better job because they can tolerate the hypoxia (lack of oxygen) and trauma of the brain grafting procedure better than post-mitotic or relatively mature neurons. When researchers tried in the past to implant these partially differentiated cells into the aged hippocampus, they didn't do nearly as well. "We have a new technique of preparing the donor neural stem cells," Shetty said. "That's why this result has never been seen before."

The researchers did this work using donor cells from the subventricular zone of the brain, an area called the "brain marrow," because it is analogous to bone marrow in that it holds a number of neural stem cells that persist throughout life and continuously produce new neurons that migrate to the olfactory system. These stem cells also respond to injury signals in conditions such as stroke and traumatic brain injury and replace some of the lost cerebral cortical neurons.

Even a small piece is good enough to expand in culture, so the procedure isn't terribly invasive, but in the future, a skin cell might suffice, as similar neural stem cells can be obtained in large numbers from the skin. It's been well known in medical science that a number of cells in the body -- including those of the skin -- can be modified in such a way to create induced pluripotent stem cells. With these cells, scientists can do any number of things, including making neural stem cells that will make both more of themselves and new neurons. "You don't have to get the cells from the brain, you can just take a skin biopsy and push them into neural stem cells," Shetty said.

Although the way the grafted cells thrived is promising, there is still a good deal of work to be done to determine if the extra grey matter actually improves cognition.

"Next, we want to test what impact, if any, the implanted cells have on behaviour and determine if implanting neural stem cells can actually reverse age-related learning and memory deficits," Shetty said. "That's an area that we'd like to study in the future. I'm always interested in ways to rejuvenate the aged brain to promote successful ageing, which we see when elderly persons exhibit normal cognitive function and the ability to make memories."

Materials provided by Texas A&M University. Note: Content may be edited for style and length.