Researchers discover It's not your fault, your brain is self-centred 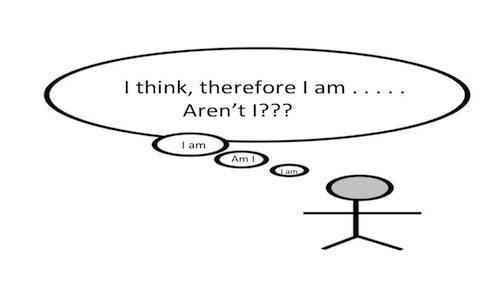 There seems to be a lot of attention these days to self-centred, egotistical and, sometimes narcissistic, sociopathic personalities. However, some, or at least aspects, of those traits are quite normal and we all have them, at least potentially so! So, what happens when it goes wrong . . .

If it's not your fault, is it your responsibility?

The ability to put ourselves first or see one’s self as a priority is both normal and logical. I see it as an integral part of self-awareness and, in some sense, an innate part of our defensive mechanism (fight or flight). In a general sense, the ability and need to prioritise one’s safety/survival, first, among all other considerations.

Of course, a process called life experience can drastically alter one’s cognitive perspective of both life and their place in it? If one holds a poor view of their-self (low self-esteem/worth), then this can be in conflict with their inner primordial need to prioritise their own needs/safety ahead of those of others, if only because putting one's self first, for these people, which may be viewed as selfish or egocentric or worse still, narcissistic! This sort of inner conflict can sometimes lead to issues like anxiety and/or depression and because of the deleterious effects of stress hormones being present for too long and too often, the brain may begin to malfunction.

However, as detailed in the research below, this ability to be aware of one’s self, non-consciously, is innate and not necessarily harmful. However, I cannot help but wonder how many of today’s mental health issues may be a consequence of these seemingly unknown inner conflicts (cognitive/emotional dissonance. In some cases, perhaps the result of the world-changing, far more quickly than our relatively primitive brain?

An example of that can be seen in countries where technology and years of industrial experience from first world countries, elevates a third world country to one of the first world order within a few generations. However, it is not so easy to change the mindset of a country's people from the third world, to the first world? Because survival is a primordial necessity, one of the main traits seen in many third world countries, is corruption and that filters down through every level of society. Of course, there is still corruption in first world countries but it is contained by the “Golden Rule,” he who has the Gold, makes the Rules! From the above perspective, some of the things that are bad for our brain, and consequentially our life, are, corruption, dishonesty and being too egocentric; all of which can increase stress levels. So, in order to let life unfold in its natural way, we have to keep stress levels low and only experience it when necessary, as in when facing danger or challenging circumstances. One of the most effective ways to help deal with too much stress is hypnosis. Hypnotherapy helps us to normalise the stress centres of the brain and once we achieve that, the brain's executive function can reestablish a more normal way to control emotion, cognition and behaviour.

You're in the middle of a conversation and suddenly turn away because you heard your name. Don't worry, you aren't rude.

Our minds automatically pull attention to our names in a crowded room and to our faces in photographs.

While this "cocktail party effect" of turning our attention toward self-related stimulation is well-known, scientists don't know if something similar happens inside our heads. If a particular idea is associated with ourselves, do we think about it faster than other thoughts? By testing for this "self-referential bias" in working memory, Duke researchers are starting to understand how our brains make us naturally self-centred.

Their work appears in the March 1 edition of Psychological Science.

"People prioritize themselves in their minds," said senior author Tobias Egner, an associate professor in the Department of Psychology & Neuroscience. "The question is, how automatic is that prioritization? Is this something that you can't help? If so, that could really bias how you make decisions."

Working memory, sometimes called short-term memory, is "our interface with the world," said Egner, who is also a member of the Duke Institute for Brain Sciences. In order to read this sentence, for example, your working memory holds each word in temporary storage for a few seconds until you reach the period. "We use working memory to make complex decisions where we have to weigh different pieces of information and keep them in mind," Egner said. "If you always put self-related information first, then this bias could drive your decisions by weighing that information more strongly and outcompeting other things in your short-term memory when you evaluate different options."

To test for self-referential bias in working memory, the research team, a collaboration between Duke University, the University of Bath in the U.K. and Southwest University in China and funded by Chinese government grants, created a computer program and tested it on 102 study participants.

First, participants learned to associate the colours blue, green and purple to labels of "friend," "stranger" or "self" with a simple game. Then, two different-coloured dots, like green and purple, would briefly flash on the screen. After a five-second pause, during which participants had to remember the locations and colours of the previous dots, a black dot would appear on the screen. Participants then indicated if the black dot flashed in the same place as one of the coloured dots, and if so, which label fit.

Participants correctly identified the "self"-labelled dots significantly faster than the "friend" or "stranger" dots. That meant their working memory focused on the dots labelled with the "self" colour.

"Imagine you keep two things in mind," Egner said. "If you're being tested for either one of those, and you reliably answer one faster than the other, then you're prioritizing it."

"Even though it's an arbitrary association of colours and locations that have nothing to do with you, and there's no point in you prioritizing one over the other for doing well at the task, we reliably show across four experiments that you're always faster to respond to the 'self'-reference cue."

In a variation of the experiment, the researchers made the "self"-labelled colour appear half as often as the "stranger" or "friend" colours, to see if participants would still prioritize "self" even if it made them worse at the task.

"In spite of the fact that it would be much smarter for them to prioritize the other two, they are still faster with the 'self' colour," Egner said. "That really suggests that there's automaticity there: we can't help but prioritize the stimulus that's associated with ourselves."

Future research could include seeing if the effects hold with more difficult tasks, as almost all of the participants did each task correctly over the 80- to 100-minute trials.

They could test if people who prioritized "self" more than others make more selfish decisions, by pairing this experimental set-up with altruism experiments. Researchers could also find a "price" for this automatic selfishness, by paying participants different amounts for identifying "stranger" or "other" labels.

"You could differentially pay people for responding quickly to the different colours," Egner said. "Then you could literally figure out how much more to pay for the 'stranger' colour than the 'self' colour to get the same performance speed."

Materials provided by Duke University. Originally written by Yen Duong. Note: Content may be edited for style and length.