What to do when drug treatment for social anxiety is insufficient? 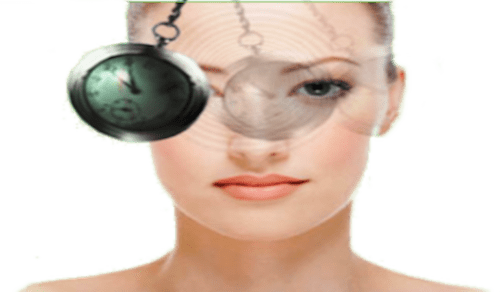 If you have a social anxiety disorder and you seem to have run out of options with medication, or, you just don't want to go down the "pill" route, why not consider hypnotherapy? It really can bring you happiness and inner peace . . .

An abundance of therapeutic choices for anxiety treatments!

It is always welcome when the medical profession makes discoveries, especially ones that don't need medication. Although I'm not finding anything new in this research, other than they may have developed a new version of a type of cognitive therapy? Talk therapies, as they are sometimes called have long been shown to be effective in all forms of anxiety disorders, including social anxiety. However, as is almost always the case, they miss out on one of the most effective talk therapies, hypnotherapy. This is quite an important omission because of treatment efficacy and duration of hypnotherapy as a treatment methodology, THis particular study was done over 16 weeks, albeit they do not give the total number of treatment sessions. Typically hypnotherapy for anxiety is often effective in less time, say 4 to 8 sessions, over a period of one to two months. That said, I always feel more sessions would be beneficial if only because hypnotherapy can make a bad life a good one and also, it can make a good life, a great one; imagine that?

A Japanese study group clarified that cognitive therapy maintained its effects more than a year after the end of therapy for patients with a social anxiety disorder (SAD) even for those who did not respond to antidepressant drugs. The study was published online in the journal Psychotherapy and Psychosomatics on May 23, 2019.

The experiment was led by two experts on cognitive therapy in Japan, Dr Naoki Yoshinaga, a lecturer at the University of Miyazaki, and Dr Eiji Shimizu, professor at Chiba University. Since 2011, they have applied cognitive therapy, which is a Western origin psychological therapy, for patients with SAD in Japan. SAD, also known as social phobia, is a mental disorder characterized by a significant amount of anxiety or fear in social situations, such as talking in front of many people or speaking with strangers, causing considerable distress and functional disability in daily life. SAD is one of the most prevalent mental disorders, typically has early-onset, and follows a chronic course because of the low natural recovery rate. SAD has caused a large social-economic burden in many countries; according to the prevalence-based study in Japan, the estimate of annual economic loss exceeded 1 trillion yen (about 10 billion USD).

Although antidepressants are an effective treatment commonly used for SAD, some patients fail to remit following these drugs. However, no standard approach has been established for treating such patients. In 2016, Yoshinaga and Shimizu's study group conducted a clinical trial and reported the short-term effectiveness of cognitive therapy for patients with SAD who were refractory to antidepressants (Yoshinaga et al., 2016). However, it was still unknown whether the patients could maintain cognitive therapy's effect in the long run.

In this time, they demonstrated that, in refractory patients who received 16-weeks of cognitive therapy, a substantial improvement in social anxiety symptoms occurred during the intervention period, and these improvements were well-maintained until the end of the one-year follow-up. At the one-year follow-up assessment, 85.7% (18/21) of patients were judged to be responsive to the treatment, and 57.1% (12/21) met the remission criteria.

Yoshinaga says, "People suffering from SAD could benefit not only from drug treatment but also from psychological treatment. In particular, cognitive therapy can be of help for them to overcome their problems. Even if drug treatment doesn't work, don't give up hope. Try to receive another psychological treatment, such as cognitive therapy, and continue your treatment with patience." As SAD is a hidden disorder, Shimizu added, "Unfortunately, many patients are not in treatment. SAD is more than just shyness. If you have been having severe distress, avoiding certain social situations, and thus having difficulty in your daily life due to social anxiety, it's time to seek treatment."

Yoshinaga and his Japanese group are currently working with David Clark and Graham Thew from the University of Oxford to develop a Japanese version of an Internet-based cognitive therapy program for social anxiety disorder that has shown high efficacy in both the UK and Hong Kong. They are aiming to make progress towards the effective global dissemination of this treatment.

Materials provided by the University of Miyazaki. Note: Content may be edited for style and length.