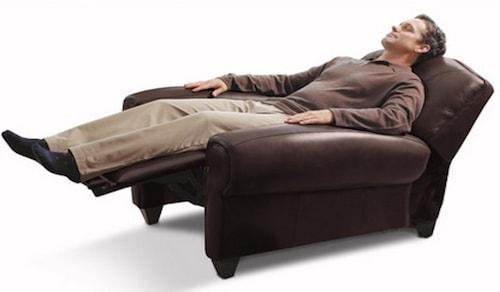 Imagine you had the power to heal yourself or perhaps make choices about how you want to feel as you begin your day?  Well, you actually already do have those abilities, you just might not know how, but I do. . .

Language is one of the most prolific brain stimulators!

A realistic view of the future, a future where you will go to a memory doctor for a retune, in much the same way as a mechanic hooks up your car's computer to analyse and fix problems. However, because of the complexity of this type of brain research and its practical application, what do we do in the meantime? Well, may I suggest hypnotherapy! Hypnotherapy has a proven ability to make your brain work differently, so, whereas you once had a problem, e.g. fear of flying, speaking in public, extreme anxiety or stress or maybe low confidence or self-esteem issues etc; you no longer have those issues. Clearly, we are not talking about the same brain here, at least in the context of how it functions.

But what changes, well it's definitely not your mind, your mind is merely the instrument that allows you to have an understanding that change has occurred. It's not even your subconscious mind, for all that is, is a description that allows you to conceptualise change at levels outside of consciousness, in essence, a word that describes the brain's linguistic ability; i.e. brain language! What actually changes is the very specific ways in which memories code physical experience with certain sensory stimuli. Each of our senses faithfully records what it sees, hears, feels, tastes or touches. The collective memory is represented in some area of your brain's cortices, be it the neocortex, allocortex or association cortex. In addition to cortical regions, there are many subcortical areas and the more negatively charged a memory is, the more deeply entrenched it can be, if only because it can relate to survival or perceptions of it.

The hippocampus also has a close relationship with the amygdala and the two are frequently chatting, especially about memories relating to emotional and potentially life-threatening situations. However, there are many other regions nearby that play a role in the process of, creating (consolidation) or updating and modifying (reconsolidation) memories. These include, among others, areas of the brainstem, e.g. reticular activating system (which lays within the pedunculopontine tegmental nucleus) and the nearby olivary complex and cochlear cortex, and upwards the thalamus all the way up to the rostral medial prefrontal cortex.

However, the magic, at least as far as hypnosis is concerned, occurs while we are in sleep states (Hypnos was the Greek God of sleep, that's why it is called hypnosis) because when we are in sleep states, is when much of our memory is consolidated and reconsolidated. REM and NonREM sleep is initiated in the pons and each REM state is preceded by PGO (Ponto-geniculo-occipital) waves, theta waves occur in the amygdala and hippocampus and auditory signals (the hypnotist's voice) play a role in stimulating PGO waves, thus, while in hypnosis, creating a positive means to stimulate memories of the past, present or future. It's as if hypnosis, via the hypnotist, creates a shortcut that allows the brain to influence the way our past or present memories express themselves and this change is ultimately in line with what each individual client wants to achieve. I say ultimately because it often takes a few sessions and, therefore, the instructions (hypnotic prescription) are guiding the brain towards small and incremental objectives that lead to the overall goals of therapy. I feel it is important to have a real and solid understanding of how fear and anxiety develop and proliferate within and throughout our brain and it is, through my years of research, that led me to an understanding of how the brain systems interlink and entwine to create a very complex network that maintains a need for vigilance towards a danger, that doesn't always exist, that is the nature of anxiety and the fear response (fight or flight). It's good to talk!

What if scientists could manipulate your brain so that a traumatic memory lost its emotional power over your psyche? Steve Ramirez, a Boston University neuroscientist fascinated by memory, believes that a small structure in the brain could hold the keys to future therapeutic techniques for treating depression, anxiety, and PTSD, someday allowing clinicians to enhance positive memories or suppress negative ones. Inside our brains, a cashew-shaped structure called the hippocampus stores the sensory and emotional information that makes up memories, whether they be positive or negative ones. No two memories are exactly alike, and likewise, each memory we have is stored inside a unique combination of brain cells that contain all the environmental and emotional information associated with that memory. The hippocampus itself, although small, comprises many different subregions all working in tandem to recall the elements of a specific memory.

Now, in a new paper in Current Biology, Ramirez and a team of collaborators have shown just how pliable memory is if you know which regions of the hippocampus to stimulate -- which could someday enable personalized treatment for people haunted by particularly troubling memories.

"Many psychiatric disorders, especially PTSD, are based on the idea that after there's a really traumatic experience, the person isn't able to move on because they recall their fear over and over again," says Briana Chen, first author of the paper, who is currently a graduate researcher studying depression at Columbia University.

In their study, Chen and Ramirez, the paper's senior author, shows how traumatic memories -- such as those at the root of disorders like PTSD -- can become so emotionally loaded. By artificially activating memory cells in the bottom part of the brain's hippocampus, negative memories can become even more debilitating. In contrast, stimulating memory cells in the top part of the hippocampus can strip bad memories of their emotional oomph, making them less traumatic to remember. Well, at least if you're a mouse.

Using a technique called optogenetics, Chen and Ramirez mapped out which cells in the hippocampus were being activated when male mice made new memories of positive, neutral, and negative experiences. A positive experience, for example, exposure to a female mouse. In contrast, a negative experience could be receiving a startling but mild electrical zap to the feet. Then, identifying which cells were part of the memory-making process (which they did with the help of a glowing green protein designed to literally light up when cells are activated), they were able to artificially trigger those specific memories again later, using laser light to activate the memory cells.

That distinction, Ramirez says, is critical. He says that it suggests suppressing overactivity in the bottom part of the hippocampus could potentially be used to treat PTSD and anxiety disorders. It could also be the key to enhancing cognitive skills, "like Limitless," he says, referencing the 2011 film starring Bradley Cooper in which the main character takes special pills that drastically improve his memory and brain function.

"The field of memory manipulation is still young... It sounds like sci-fi but this study is a sneak preview of what's to come in terms of our abilities to artificially enhance or suppress memories," says Ramirez, a BU College of Arts & Sciences assistant professor of psychological and brain sciences. Although the study got its start while Chen and Ramirez were both doing research at the Massachusetts Institute of Technology, its data has been the backbone of the first paper to come out of the new laboratory group that Ramirez established at BU in 2017.

"We're a long way from being able to do this in humans, but the proof of concept is here," Chen says. "As Steve likes to say, 'never say never.' Nothing is impossible."

"This is the first step in teasing apart what these [brain] regions do to these really emotional memories... The first step toward translating this to people, which is the holy grail," says memory researcher Sheena Josselyn, a University of Toronto neuroscientist who was not involved in this study. "[Steve's] group is really unique in trying to see how the brain stores memories with the goal being to help people... they're not just playing around but doing it for a purpose."

Although mouse brains and human brains are very different, Ramirez, who is also a member of the BU Center for Systems Neuroscience and the Center for Memory and Brain, says that learning how these fundamental principles play out in mice is helping his team map out a blueprint of how memory works in people. Being able to activate specific memories on-demand, as well as targeted areas of the brain involved in memory, allows the researchers to see exactly what side effects come along with different areas of the brain being overstimulated.

"Let's use what we're learning in mice to make predictions about how memory functions in humans," he says. "If we can create a two-way street to compare how memory works in mice and in humans, we can then ask specific questions [in mice] about how and why memories can have positive or negative effects on psychological health."

This work was supported by a National Institutes of Health Early Independence Award, a Young Investigator Grant from the Brain and Behavior Research Foundation, a Ludwig Family Foundation Grant, and the McKnight Foundation Memory and Cognitive Disorders Award

Materials provided by Boston University. Note: Content may be edited for style and length.

Boston University. "How to enhance or suppress memories: Stimulating different parts of the brain can dial up or down a specific memory's emotional oomph, study shows." ScienceDaily. ScienceDaily, 23 May 2019. <www.sciencedaily.com/releases/2019/05/190523143040.htm>.