Brainwaves and meditation is one thing and hypnosis is the rest 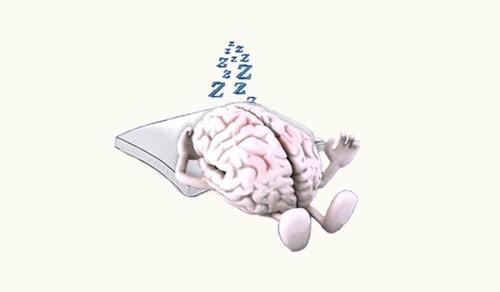 While meditation gets a lot of good press and deservedly so, clients who have tried it very often say that it is hard and I think that difficulty leads them to give up? The pot of gold that one can get (figuratively speaking) from becoming a master at meditation, is, for most, too far away to seem achievable. Hypnosis is just as efficient, if not more so, and infinitely easier to achieve mastery; try it . . . .

The magic of calmer states of mind!

Have you ever seen a face and know that you know their name but . . . can you remember it, can you heck! Usually, in such cases, we often end up saying, "oh it'll come to me" and sure enough, long after we've forgotten about it, the name suddenly pops into our head. How does this happen? Well, the research below kind of gives a clue, it's a case of the brain going into sleep states or states of relaxation. When we relax, e.g. early stages of going to sleep at night, the brain's electrical activity slows down but that doesn't necessarily equate to doing less, in fact, the opposite is more likely the case. During the day, while we are active, a lot of our brain's activity is in supporting our physical needs, walking, talking, eating, even consciously thinking, so our brain's electrical activity is ramped up to meet the demand, this uses a lot of energy and while we sleep, with these demands over, it's time for a repair job and to build our store of chemical messengers for the next day. Another aspect of sleep is in consolidating and reconsolidating memories, i.e. all the things we learned that day as well as updating our already vast store of knowledge. This is pretty much the same as the way a computer keeps its operating system up to date. What are bugs in computers software, is akin to the erroneous, fake and deleterious information stored already in our physical memory. From a therapeutic perspective, we know these as disorders, psychosis and the like.

So, while the focus of this research is meditation, the parallels between meditation, hypnosis and brainwaves are pretty much identical. In the sense, that they both take you to the same place, they just use different methods. Essentially, that means, meditation works by emptying your mind, hypnosis works by filling it! Scientific research, while it cannot find a consensus to confirm the efficacy of hypnosis, it does have a strong body of evidence supporting that people in hypnosis, are in theta brainwave activity. The neurochemical transformation that occurs while we are in sleep states, as described above, is what, in my opinion, separates hypnosis from the many non-sleep state ways in which change can occur but that are not, in fact, hypnosis.

So, when we relax, this slowing down of brainwave activity actually causes the brain's hemispheres to have greater levels of synchronicity and a consequence of this is greater levels of inter-hemispheric communication, as if the brain was one, instead of a tale of two halves!

Forget about crystals and candles, and about sitting and breathing in awkward ways. Meditation research explores how the brain works when we refrain from concentration, rumination and intentional thinking. Electrical brain waves suggest that mental activity during meditation is wakeful and relaxed.

"Given the popularity and effectiveness of meditation as a means of alleviating stress and maintaining good health, there is a pressing need for a rigorous investigation of how it affects brain function," says Professor Jim Lagopoulos of Sydney University, Australia. Lagopoulos is the principal investigator of a joint study between his university and researchers from the Norwegian University of Science and Technology (NTNU) on changes in electrical brain activity during nondirective meditation.

Whether we are mentally active, resting or asleep, the brain always has some level of electrical activity. The study monitored the frequency and location of electrical brain waves through the use of EEG (electroencephalography). EEG electrodes were placed in standard locations of the scalp using a custom-made hat

Participants are experienced practitioners of Acem Meditation, a nondirective method developed in Norway. They were asked to rest, eyes closed, for 20 minutes, and to meditate for another 20 minutes, in random order. The abundance and location of slow to fast electrical brain waves (delta, theta, alpha, beta) provide a good indication of brain activity.

During meditation, theta waves were most abundant in the frontal and middle parts of the brain.

"These types of waves likely originate from a relaxed attention that monitors our inner experiences. Here lies a significant difference between meditation and relaxing without any specific technique," emphasizes Lagopoulos.

"Previous studies have shown that theta waves indicate deep relaxation and occur more frequently in highly experienced meditation practitioners. The source is probably frontal parts of the brain, which are associated with monitoring of other mental processes."

"When we measure mental calm, these regions signal to lower parts of the brain, inducing the physical relaxation response that occurs during meditation."

Alpha waves were more abundant in the posterior parts of the brain during meditation than during simple relaxation. They are characteristic of wakeful rest.

"This wave type has been used as a universal sign of relaxation during meditation and other types of rest," comments Professor Øyvind Ellingsen from NTNU. "The amount of alpha waves increases when the brain relaxes from intentional, goal-oriented tasks. This is a sign of deep relaxation, -- but it does not mean that the mind is void."

Neuroimaging studies by Malia F. Mason and co-workers at Dartmouth College NH suggest that the normal resting state of the brain is a silent current of thoughts, images and memories that are not induced by sensory input or intentional reasoning, but emerges spontaneously "from within."

"Spontaneous wandering of the mind is something you become more aware of and familiar with when you meditate," continues Ellingsen, who is an experienced practitioner. "This default activity of the brain is often underestimated. It probably represents a kind of mental processing that connects various experiences and emotional residues put them into perspective and lay them to rest."

Delta waves are characteristic of sleep. There was little delta during the relaxing and meditative tasks, confirming that nondirective meditation is different from sleep.

Beta waves occur when the brain is working on goal-oriented tasks, such as planning a date or reflecting actively over a particular issue. EEG showed few beta waves during meditation and resting.

"These findings indicate that you step away from problem-solving both when relaxing and during meditation," says Ellingsen.

Several studies indicate better relaxation and stress management by meditation techniques where you refrain from trying to control the content of the mind.

"These methods are often described as non-directive because practitioners do not actively pursue a particular experience or state of mind. They cultivate the ability to tolerate the spontaneous wandering of the mind without getting too much involved. Instead of concentrating on getting away from stressful thoughts and emotions, you simply let them pass in an effortless way."

Story Source:  Materials provided by The Norwegian University of Science and Technology (NTNU). Note: Content may be edited for style and length.