The mystery of memory and how our memories form and then fade away! 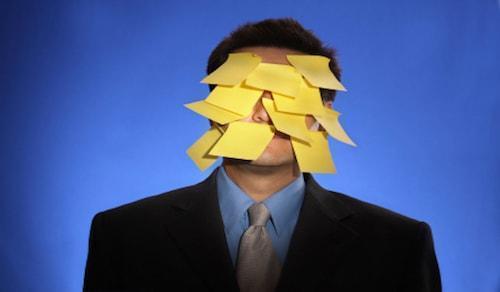 Every discovery that enlightens us as to how memories form is both interesting and valuable bt this one is particularly interesting, if only to me because it gives a hint as to how certain emotional memories proliferate within and across our brain. While this research focuses more on the reward side of the brain's process of evolving memory, I have developed a theory (based upon the research read to date), that some things that are seen as a punishment, can also be viewed as a reward? This theory developed out of the observations of many clients who seek therapy because of procrastination. On the basis that the. the object of procrastination is something they must do, say a work project, as opposed to something they neither have to nor want to do. There is usually a fear/anxiety relating to judgment or rejection at the heart of the commencement and/or completion of the task. The way to reduce or remove the prospective fear is by avoiding the task. This, to the individual, sounds both reasonable and a practical solution, while this may be more of a subconscious perspective, there will likely be similar conscious perspectives, delivered through verbal and/or nonverbal language. As the deadline gets closer, another type of fear sets in, the fear of failure and any perceived consequences of that. At this point, I have found, there is an acceleration of both fear and anxiety. Fear on the form of solid evidence to the probable outcome of failing to deliver (an amygdala response) and the anxiety, a consequence of the perceived judgment/rejection (a BNST (bed nucleus of the stria terminalis), amygdala response).

Anyhow, at some point the task usually gets completed and, mostly, to an adequate standard, aka good enough! Now another type of problem arises because they now have the awareness, that had they started sooner, they could have done a better job, so, now a little guilt or disappointment begins to develop. So, a promise to get started sooner on the next project becomes a probability, after all, they did OK! In the absence of any judgment or rejection, they have a sense of reward. Not a reward in the usual sense but, rather, one by default because the expected terrible outcome did not materialise. So, the end of the problem, right? Not so, because as soon as the next project arises, so does the fear relating to judgment and/or rejection. These fear-based memories are emotional and therefore, more likely to involve implicit/non-declarative memory, this type of emotional memory is independent of our conscious processing, it's automatic and occurs without any reference to us, as the person. We only become aware of the fear, as in the subjective feeling of it, at a conscious level after the initial stimulus-response, which always puts us behind the emotional curve so to speak.

While this article focuses on procrastination, pretty much the same, cellular, process is involved in many anxiety or stress-related issues. This means, that we do not necessarily need to treat the issue as if it were a unique experience (although aspects of it are almost always unique to each client) because of the specific pathways in the brain function in a fairly unique and organised way. This occurs at the synaptic level (extracellular), e.g. neurotransmitters - first messengers - the plasma membrane (cell body) and then intracellular level, via second messengers, e.g. G protein-coupled receptors, Ion/calcium gated channels, that deliver the first messenger through the cell membrane (transduction) for intracellular processing, e.g. replication, transcription and translation. So, in essence, we can focus on finding perceived reasoning for the memory-based behaviour (part of the client's history/experience) and suggest a therapeutic intervention, later delivered by hypnosis, which initiates a change in the expression of the memory because the delivery of the hypnotic prescription occurs at the same level as memory consolidation/reconsolidation, whereby the brain forms new memories, strengthens existing memories and/or changes or alters/updates current memories.

Hypnotherapy (hypnosis) is an especially effective way to enhance this process because it allows us to experience, neurochemically, what it feels like to have a good experience; in the same way a dream of falling allows us to have a fearful one? In both situations, the perceived reality is false but despite that, it is believable. The brain's defensive mechanisms will take what it feels is appropriate action and in the case of the falling dream, this could lead to anxiety, chronic stress or depression. Similarly, the empowering uplifting experience in hypnosis can lead to a boost in confidence, heightened self-esteem, more ability to manage your emotions etc. Wouldn't that be nice!

Why is it that you can remember the name of your childhood best friend that you haven't seen in years yet easily forget the name of a person you just met a moment ago? In other words, why are some memories stable over decades, while others fade within minutes?

Using mouse models, Caltech researchers have now determined that strong, stable memories are encoded by "teams" of neurons all firing in synchrony, providing redundancy that enables these memories to persist over time. The research has implications for understanding how memory might be affected after brain damage, such as by strokes or Alzheimer's disease.

The work was done in the laboratory of Carlos Lois, a research professor of biology, and is described in a paper that appears in the August 23 journal Science. Lois is also an affiliated faculty member of the Tianqiao and Chrissy Chen Institute for Neuroscience at Caltech.

Led by postdoctoral scholar Walter Gonzalez, the team developed a test to examine mice's neural activity as they learn about and remember a new place. In the test, a mouse was placed in a straight enclosure, about 5 feet long with white walls. Unique symbols marked different locations along the walls -- for example, a bold plus sign near the right-most end and an angled slash near the centre. Sugar water (a treat for mice) was placed at either end of the track. While the mouse was explored, the researchers measured the activity of specific neurons in the mouse hippocampus (the region of the brain where new memories are formed) that are known to encode for places.

When an animal was initially placed on the track, it was unsure of what to do and wandered left and right until it came across the sugar water. In these cases, single neurons were activated when the mouse took notice of a symbol on the wall. But over multiple experiences with the track, the mouse became familiar with it and remembered the locations of the sugar. As the mouse became more familiar, more and more neurons were activated in synchrony by seeing each symbol on the wall. Essentially, the mouse was recognizing where it was with respect to each unique symbol.

To study how memories fade over time, the researchers then withheld the mice from the track for up to 20 days. Upon returning to the track after this break, mice that had formed strong memories encoded by higher numbers of neurons remembered the task quickly. Even though some neurons showed different activity, the mouse's memory of the track was clearly identifiable when analyzing the activity of large groups of neurons. In other words, using groups of neurons enable the brain to have redundancy and still recall memories even if some of the original neurons fall silent or are damaged.

Gonzalez explains: "Imagine you have a long and complicated story to tell. In order to preserve the story, you could tell it to five of your friends and then occasionally get together with all of them to re-tell the story and help each other fill in any gaps that an individual had forgotten. Additionally, each time you re-tell the story, you could bring new friends to learn and therefore help preserve it and strengthen the memory. In an analogous way, your own neurons help each other out to encode memories that will persist over time."

Memory is so fundamental to human behaviour that any impairment to memory can severely impact our daily life. Memory loss that occurs as part of normal ageing can be a significant handicap for senior citizens. Moreover, memory loss caused by several diseases, most notably Alzheimer's, has devastating consequences that can interfere with the most basic routines including recognizing relatives or remembering the way back home. This work suggests that memories might fade more rapidly as we age because memory is encoded by fewer neurons, and if any of these neurons fail, the memory is lost. The study suggests that one day, designing treatments that could boost the recruitment of a higher number of neurons to encode a memory could help prevent memory loss.

"For years, people have known that the more you practice an action, the better chance that you will remember it later," says Lois. "We now think that this is likely, because the more you practice an action, the higher the number of neurons that are encoding the action. The conventional theories about memory storage postulate that making the memory more stable requires the strengthening of the connections to an individual neuron. Our results suggest that increasing the number of neurons that encode the same memory enables the memory to persist for longer."

The paper is titled "Persistence of neuronal representations through time and damage in the hippocampus." In addition to Gonzalez and Lois, co-authors are undergraduate Hanwen Zhang and former lab technician Anna Harutyunyan. Funding was provided by the American Heart Association, the Della Martin Foundation, the Burroughs Wellcome Fund, and a BRAIN Initiative grant from the National Institute of Neurological Disorders and Stroke.

Materials provided by the California Institute of Technology. Originally written by Lori Dajose. Note: Content may be edited for style and length.

California Institute of Technology. "How memories form and fade: Strong memories are encoded by teams of neurons working together in synchrony." ScienceDaily. ScienceDaily, 23 August 2019. <www.sciencedaily.com/releases/2019/08/190823140729.htm>.