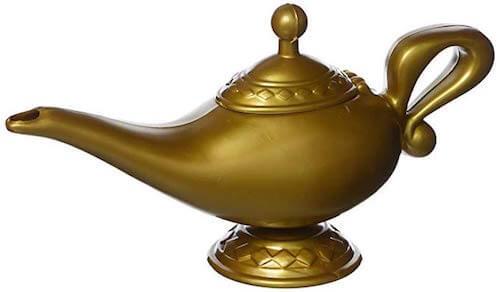 In the world of fun, excitement, exhilaration and joy, we are mostly led to believe that a reward is something we experience in the presence of something good but that is not the way our brain sometimes experiences reward . . .

Things are not always what they seem, nor why!

In terms of brainwaves, Gamma waves are a relatively new discovery (although nothing to do with Gamma Rays - Incredible Hulk syndrome) and their discovery was only made possible by advances in digital electroencephalography since analogue electroencephalography could not record them. Gamma waves (25 to 140Hz) at 40 Hz have been of specific interest to researchers in relation to states of dreaming and wakefulness. Gamma waves originate in the thalamus and sweep the brain from front to back, 40 times per second and are believed to draw different neuronal circuits into synch. The thalamus is considered to be the brain's sensory relay hub and therefore connecting, directly and indirectly, almost the entire brain. The prefrontal cortex is probably one of the most highly organised, in relation to humans, and is involved in higher cognitive - executive-  functions of awareness/consciousness. It is also an area that is affected by the presence of stress hormones, an evolutionary interject that limits our cognitive prowess! The evolutionary logic, or illogic, being you are in danger, you need to fight or run; not think!

It is, I believe, this evolutionary interject that prevents people with anxiety, stress or depressive disorders from overcoming their mental malaise, often while even in the presence of an excitatory stimulus. Basically, the presence of a stimulus that would otherwise create an ecstatic emotional response, heightened by gamma waves, is limited by the presence of stress hormones. It is also a possibility that some of this response can also be attributed to the reward system. However, the reward system, as inferred, is not one system but at least 4, i.e. Mesolimbic, Mesocortical, Nigrostriatal and tuberoinfundibular. Dopamine, the perceived primary neurotransmitter involved in reward pathways, is produced mainly in the ventral tegmental area (VTA), an area in the midbrain and the four pathways reach out to different areas, with different functions and for differing reasons. The mesolimbic mostly involves the ventral striatum (nucleus accumbens and olfactory tubercle), which is part of the basal ganglia, a region primarily involved in motor function. The mesocortical reward pathway goes from the VTA to the prefrontal cortex, the very part mentioned in this research. The nigrostriatal pathway transmits dopamine from the substantia nigra, pars compacta, to the caudate nucleus and putamen (which make up the dorsal striatum). The tuberoinfundibular pathway sends dopamine from the arcuate nucleus (part of the hypothalamus) to the pituitary gland and plays a role in aspects of endocrine function. However, it is worth noting that these pathways do not act merely as autonomous outliers, they most often act synchronously, as if disparate parts of a unified whole!

My reason for highlighting this is because reward pathways are not specifically for the acquisition of pleasurable experience and some of this is a consequence of what type of dopamine receptor is at play. While the prefrontal cortex receives a large number of dopaminergic projections from the VTA, the targets contain many receptor types, in relation to this topic, the two most important are, D1  and D2 type dopamine receptors. Generally speaking, the D1 type increases stimulation and the D2 type decrease stimulation. There are also areas that evaluate what is achieved, as opposed to what was expected and vice versa. So, in one context when the outcome is better than that expected, it could be perceived as receiving something of value? But imagine someone expecting to be punished, say a fine or smack, and it doesn't happen, the brain reacts to this as a reward and it does this by regulating either D1 or D2 type dopamine receptors. Most likely one would not see the absence of a fine as a reward but that is logic, however, the brain works in illogical ways.

This sort of illogicality is the essence and in some sense the reverse of the process described in this research. This is important to know and understand when dealing with anxiety disorders as reverse reward stimulation, aka as avoidance strategies, are the hallmark of anxiety issues. The avoidance stimulates the absence of the expected punishment, e.g. being on the plane that will crash, and that is felt or experienced as a reward and this fortifies the strategy. This process, avoidance, creates a long term potentiation across brain regions and becomes habitual (disordered) and so the process continues!

The takeaway from this blog is, that a reward is not always what you think it is and the perception of a false sense of punishment can have its upsides! It is, precisely because of this very same phenomenon, that hypnotherapy is an excellent way to create better outcomes, perceptually, of a reality that will most likely never happen, e.g. that plane crash. And while planes do crash, the incidence of it happening is so remote that it is as close to an impossibility as you can get. So, if you have an anxiety issue are feeling stressed or depressed, maybe hypnotherapy is what you need to help you see the brighter side of life, once again?

Creativity is one of humanity's most distinctive abilities and enduring mysteries. Innovative ideas and solutions have enabled our species to survive existential threats and thrive. Yet, creativity cannot be necessary for survival because many species that do not possess it have managed to flourish far longer than humans. So what drove the evolutionary development of creativity? A new neuroimaging study led by Yongtaek Oh, a Drexel University doctoral candidate, and John Kounios, PhD, a professor in Drexel's College of Arts and Sciences and director of its Creativity Research Lab, points to an answer.

The study, recently published in NeuroImage, discovered that, in some people, creative insights, colloquially known as "aha moments," trigger a burst of activity in the brain's reward system -- the same system that responds to delicious foods, addictive substances, orgasms and other basic pleasures.

Because reward-system activity motivates the behaviours that produce it, individuals who experience insight-related neural rewards are likely to engage in further creativity-related activities, potentially to the exclusion of other activities -- a notion that many puzzle aficionados, mystery-novel devotees, starving artists and underpaid researchers may find familiar, according to Kounios.

"The fact that evolution has linked the generation of new ideas and perspectives to the human brain's reward system may explain the proliferation of creativity and the advancement of science and culture," said Kounios.

The study focused on the phenomenon of aha moments, or insights, as prototypical instances of creativity. Insights are sudden experiences of nonobvious perspectives, ideas or solutions that can lead to inventions and other breakthroughs. Many people report that insights are accompanied by a mind-expanding rush of pleasure.

The team recorded people's high-density electroencephalograms (EEGs) while they solved anagram puzzles, which required them to unscramble a set of letters to find a hidden word. Such puzzles serve as small-scale models of more complex forms of problem-solving and idea generation. They noted which solutions were achieved as insights that suddenly popped into awareness, in contrast to solutions that were generated by methodically rearranging the letters to look for the right order.

Importantly, the test subjects also filled out a questionnaire that measured their "reward sensitivity," a basic personality trait that reflects the degree to which an individual is generally motivated to gain rewards rather than avoid losing them.

The test subjects showed a burst of high-frequency "gamma-band" brainwaves associated with aha-moment solutions. However, only highly reward-sensitive people showed an additional burst of high-frequency gamma waves about a tenth of a second later. This second burst originated in the orbitofrontal cortex, a part of the brain's reward system.

The study shows that some people experience creative insights as intrinsically rewarding. Because this reward-related burst of neural activity occurred so quickly after the initial insight, only a tenth of a second, it did not result from a conscious appraisal of the solution. Rather, this fast reward response was triggered by, or integrated with, the insight itself.

This study suggests that measurements of general reward sensitivity may help to predict who will practice, develop and expand their creative abilities over time.

Materials provided by Drexel University. Note: Content may be edited for style and length.