Our brain works on its perception of reality, not reality itself! 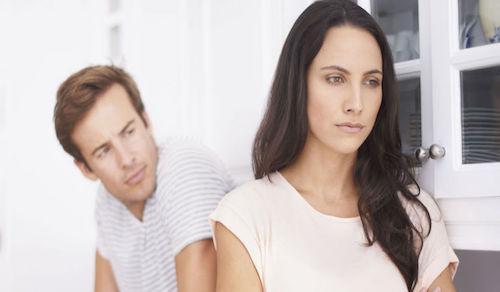 We live in a world where it's getting more and more difficult to tell real from fake: nevertheless, the brain acts on what it determines to be its reality. Researchers have discovered the reason that allows us to ignore facts and evidence and hold onto our beliefs .  .  .

Abuse proliferates thru the adult memories of a childhood event!

This is an interesting piece of research, although not from the perspective of a Daxxy but rather from one of explaining the progression of abuse. By way of example, I will focus on sexual abuse. Having worked with many clients who were sexually abused, it's a seeming fact that almost all, as children, managed life relatively well during and after the abuse. However, as adults, it is often a very different case! It seems that as we grow and the memories of the abuse resurface, maybe because of something we heard, read or saw, these memories come into subconscious consciousness!

What the heck is subconscious consciousness? Every thought, feeling or emotion is a consequence of subconscious processing, i.e., some sensory processing happens, in the brain, moments before we have conscious awareness of it! Rarely do we have the full awareness of the subconscious element, so, consequently and consciously, we have to be able to explain this to ourselves. Relating this to sexual abuse, as children we know little or nothing about sex, let alone sexual abuse, so we make up or invent ways to deal with it. However, as we grow and gain more knowledge, insight, facts and certain subjective truths about the abuse, we actually change the memories of it.

Relating this to this research, it seems that no matter how many childlike facts we accrue about the abuse, we will believe the most recent (mis)interpretations of the childhood memories. Essentially, if we don't know that something is wrong, how can we react too negatively, relative to the way adults react, to it? Of course, we may know we don't like it or that it's unpleasant, painful or frightening but that's different to the ways in which adults describe sexual abuse. One person I spoke to said, that is exactly how I feel. "As a child, I dealt with it relatively well. However, as an adult, I cannot understand why, since I'm no longer being exposed to the abuse or the abuser, that my life is falling apart!"

In that context, therapeutically, we should be focusing more on the reconsolidation of the adult memories of the childhood abuse. This is because it is the corruption and/or distortion of childhood memories that are a major part of the adult experience. However, the major problem with this aspect of the treatment, is that we have to navigate adult logic, cognition and our ability to illogically navigate logical processes!

This is where hypnotherapy can be very useful, because of its ability to communicate at the level of the subconscious brain, therefore, bypassing the cognitive elements of consciousness. If you would like to discover more about how our adult brain corrupts our child's brain, maybe you can consider booking an appointment for a free consultation? This can be done via a face to face meeting or Skype, Zoom or Teams, all can be equally efficacious!

The Research:
Ever wonder why flat-earthers, birthers, climate change and Holocaust deniers stick to their beliefs in the face of overwhelming evidence to the contrary?

New findings from researchers at the University of California, Berkeley, suggest that feedback, rather than hard evidence, boosts people's sense of certainty when learning new things or trying to tell right from wrong. Developmental psychologists have found that people's beliefs are more likely to be reinforced by the positive or negative reactions they receive in response to an opinion, task or interaction than by logic, reasoning, and scientific data. Their findings, published today in the online issue of the journal Open Mind, shed new light on how people handle information that challenges their worldview, and how certain learning habits can limit one's intellectual horizons.

"If you think you know a lot about something, even though you don't, you're less likely to be curious enough to explore the topic further, and will fail to learn how little you know," said study lead author Louis Marti, a PhD student in psychology at UC Berkeley. This cognitive dynamic can play out in all walks of actual and virtual life, including social media and cable-news echo chambers, and may explain why some people are easily duped by charlatans. "If you use a crazy theory to make a correct prediction a couple of times, you can get stuck in that belief and may not be as interested in gathering more information," said study senior author Celeste Kidd, an assistant professor of psychology at UC Berkeley.

Specifically, the study examined what influences people's certainty while learning. It found that study participants' confidence was based on their most recent performance rather than long-term cumulative results. The experiments were conducted at the University of Rochester. For the study, more than 500 adults, recruited online through Amazon's Mechanical Turk crowdsourcing platform, looked at different combinations of coloured shapes on their computer screens. They were asked to identify which coloured shapes qualified as a "Daxxy," a make-believe object invented by the researchers for the purpose of the experiment.

With no clues about the defining characteristics of a Daxxy, study participants had to guess blindly which items constituted a Daxxy as they viewed 24 different coloured shapes and received feedback on whether they had guessed right or wrong. After each guess, they reported on whether or not they were certain of their answer. The final results showed that participants consistently based their certainty on whether they had correctly identified a Daxxy during the last four or five guesses instead of all the information they had gathered throughout.

"What we found interesting is that they could get the first 19 guesses in a row wrong, but if they got the last five right, they felt very confident," Marti said. "It's not that they weren't paying attention, they were learning what a Daxxy was, but they weren't using most of what they learned to inform their certainty." An ideal learner's certainty would be based on the observations amassed over time as well as the feedback, Marti said.

"If your goal is to arrive at the truth, the strategy of using your most recent feedback, rather than all of the data you've accumulated, is not a great tactic," he said.

Story Source:
Materials provided by University of California - Berkeley. Originally written by Yasmin Anwar. Note: Content may be edited for style and length.